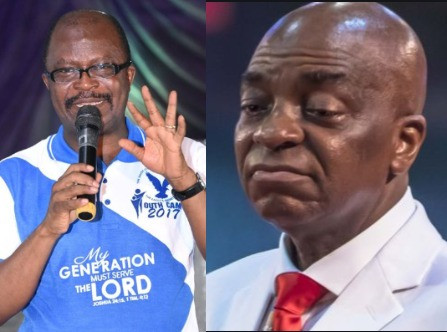 Nigerian clergyman, Moses Alu of the Bride Assembly Church in Lagos, has come out to tackle clergymen, Bishop Oyedepo, Chris Oyakhilome, and others, who have kicked against the Company and Allied Matters Acts (CAMA) recently signed into law by President Muhammadu Buhari.

The law which permits the registrar-general of Corporate Affairs Commission (CAC) and a supervising minister to strictly supervise religious bodies and charity organizations, also gives the commission power to suspend the trustees of an association or a religious body and appoint an interim manager or managers to coordinate its affairs where it reasonably believes that there has been any misconduct or mismanagement, or where the affairs of the association are being run fraudulently or where it is necessary or desirable for the purpose of public interest.

In his sermon, on Sunday, August 16, the founder of Living Faith Church Worldwide, Bishop Oyedepo, questioned the rationality behind subjecting churches to the same laws as companies. Oyedepo argued that the law was borne out of the government’s jealousy of the prosperity recorded in churches.

The Christian Association of Nigeria CAN has also released a statement condemning the law. According to the group, CAMA law is ''satanic and draconic''. Read here.

Alu in a recent message in his church, threw his weight behind the law. According to him, the government has the right to regulate churches. He said pastors, particularly does in the pentecostal group, have become politicians and are against the law because they run churches that have now become a one-man business.

There is a serious problem that is on now in Nigeria. The Nigerian government enacted a law to put a closer regulation on the church or churches and one of the regulations they have enacted is that the leadership of the church is subject to change by the government, the trustee of any church, the government can wake up  for any reason they will give and change them and they have the power to appoint new trustees.

The first person that reacted was Oyedepo and then others started talking. Christian Association of Nigeria are talking and that is what is going on.

What is happening is not part of the squirls of the anti-christ. What is happening is nothing strange. The same regulation is in all other countries where this same Nigerian churches have their branches. The only reason why they are making noise over it is because it is going to check the excesses of church leaders in Nigeria. That law has nothing to do with your worship. There is nothing in the bible called trustee. Trustee came about because the government gave you registration and also gave you certificate to gather and they have the organizational procedures. You must have people they will hold should anything happen because people are coming and you are going to collect money and you are going to acquire properties and others. There must be a body that will be in charge of it.

Did you hear anybody from Assemblies of God, Foursquare, Catholic, Methodist, Presbeterian talking? Their leaders don't talk because this law that they put is already part of the system of their churches. Nobody remains a leader forever in any of these churches because they are organized with terms. They change the leadership according to their constitution. The only people complaining are pentecostals, one man family businesses called church. When he dies, he will hand over to his son. When he dies, his wife will take over. It is automatic.