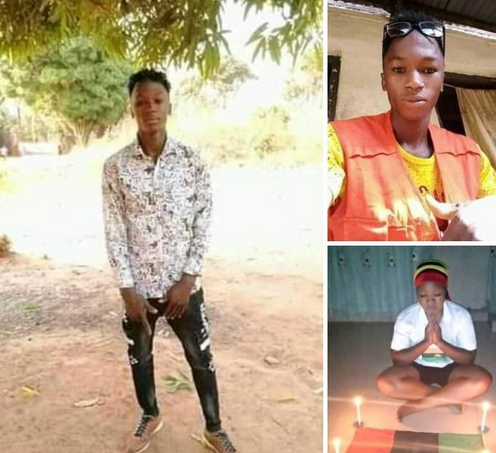 The identity of one of the members of the Indigenous People of Biafra, IPOB, killed on Sunday, August 23, during a violent clash with the State Security Service (SSS), has been revealed.

One of the casualties is a young man named Ebuka. Friends took to Facebook to share photos of him while mourning him.

They also shared a photo of a woman praying for his repose with a Biafran flag and candles in front of her. 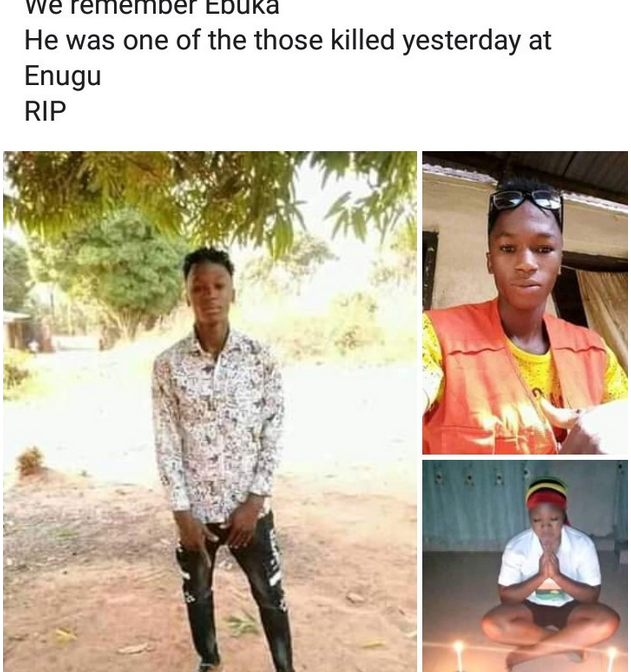 At least two operatives of the State Security Service (SSS) were killed, on Sunday, August 23, 2020, allegedly by members of the Indigenous People of Biafra (IPOB).

Meanwhile, IPOB, in a statement also claimed that 21 of its members were killed by security operatives and 47 arrested.

The incident caused tension in the area as armed police officers and soldiers were deployed and they combed the area in search of IPOB members.

In a statement by its spokesperson, Peter Afunanya, the SSS said its patrol team was “attacked in Emene, Enugu State by members of the outlawed Indigenous People of Biafra (IPOB).”

“The Service lost two personnel in what was clearly an unprovoked violent attack launched by IPOB on the team,” Mr Afunanya said.

A statement released by IPOB's spokesperson, Emma Powerful, reads: "The Nigerian government and her security agencies have once again exhibited another crude round of killing and massacre against the peaceful and unarmed IPOB family members in Enugu State today 23rd of August, 2020.

“We are surprised how Nigerian security agencies in their respective formations like army, police and DSS will be slaughtering our people without any provocation.

"This rampant killing of innocent members of IPOB will be reciprocated in due cause. IPOB members have been slaughtered and arrested in their numbers across different locations in Enugu State today Sunday 23rd August 2020."