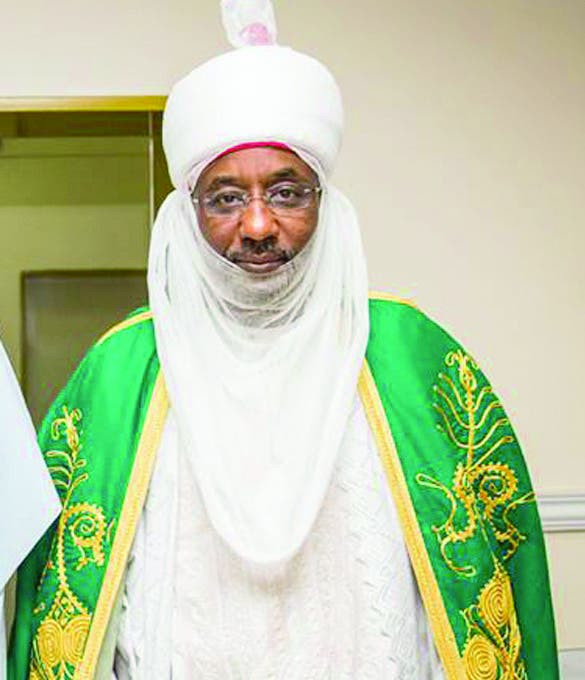 Former Emir of Kano, Sanusi Lamido Sanusi has asked the Central Bank of Nigeria (CBN) to fund the bureaux de change (BDC) across the country to stabilise the value of the Naira.

The former CBN Governor who gave the advice during a webinar tagged ‘United States of Naira: What Price for Unification’ which was organised by AZA (a cross-border payment platform and forex trading firm), stated that though the BDC is a small percentage of the market, funding it will impact speculation on the country’s currency.

Sanusi who disclosed that the existing gap between the Nigerian Autonomous Foreign Exchange (NAFEX) and BDC can be traced to inadequate foreign exchange caused by funding, also noted that the COVID-19 pandemic has led to several economic shocks making speculation difficult for the apex bank.

“I think what the bank is trying to do is bridge that gap and I think moves have been made in general in July that have brought the CBN rate and the NAFEX rates closer. But, the BDC rates remain an outlier.
“It is a small percentage of the market, but it does have an impact on speculation, which is why it is important to fund that market.
“And once the Central Bank has enough money and funds that market, it will probably converge. So, I would not be interested in moving the rates towards N470, for example, but I would like to see a convergence of CBN and NAFEX, which will take care of over 90 percent of the transactions in the market and there is some small funding for BDC rate to bring it back to that level.
“It is what the IMF and the World Bank have asked for. It makes for positive transparency; it makes for clarity of direction; it also reduces the speculative demand for naira. For me, this is the Central Bank finally saying, basically, we will do what the market has been asking for.
“There are lots of the shocks the bank has no control over. It would be a brave governor of the bank who would announce a target rate when he does not know how much is going to come in or what is going to happen to the oil price tomorrow or the day after, and the entire world is going through shocks.
“I think it is extremely important that we recognise that the only clarity that the Central Bank can give at the moment is to say we do plan to converge, and that means the official rate is going to be devalued, but we are not going to do it in a rapid and disorderly manner.
“But, if they want to preserve the value of their currency, there is some virtue in waiting for an orderly unwinding of these backlogs because we must remember that when Covid-19 hit and after the Russia-Saudi fiasco, oil prices went down to $10 a barrel.”

The CBN had adjusted its official rate from N360 to a dollar to N381 to a dollar. But as of Friday, the exchange stood at N379 to a dollar.
Posted by makarella at 4:47 PM