End Of The Road: See The Abuja-Based Mast Vandals Who Were Nabbed In Gombe

They were arrested after an invasion of an MTN Mast in Yelwa village via Bambam town in Balanga Local Government Area of Gombe State. 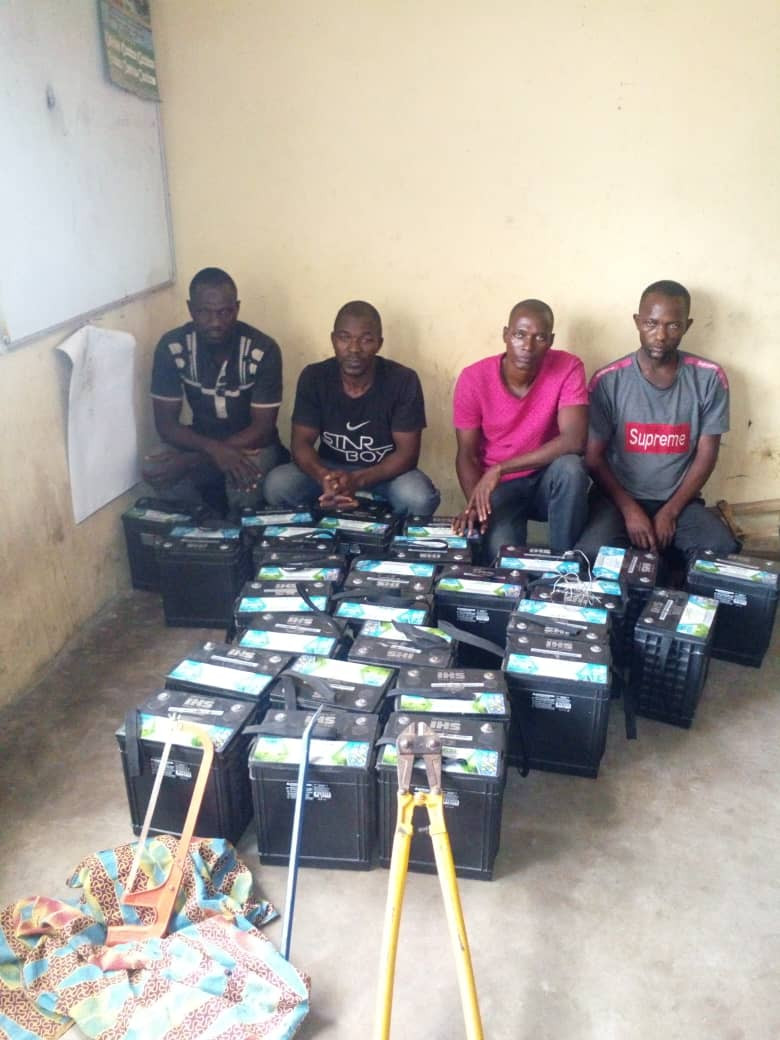 4 mast vandals based in Abuja have been arrested in Gombe by the state police command, new reports have shown.

Confirming the arrest of the suspects, the command's spokeswoman Obed Mary Malum said they were arrested after an invasion of an MTN Mast in Yelwa village via Bambam town in Balanga Local Government Area (LGA) of Gombe State.

The arrested suspects have been identified as Yunusa Osa, Salisu Akpara, Garba Onaribu, and Umar Owelo and they are said to be residents of Kubwa and Dutsen Alhaji in Abuja.

Malum said; ‘The suspects specialise in vandaliing and stealing of Mast Engine Batteries all over the Federation who were brought from FCT Abuja by their cohort, one Abraham, an indigene of Bambam town in Balanga LGA of Gombe State,’SP Obed stated, disclosing that Abraham, who invited the gang to perpetuate the crime, is at large and that he is being hunted by the police.

‘The Police from Bambam Division acting on credible information arrested the suspects in a case of Criminal Conspiracy, Trespass, Vandalisation and Attempt to Commit Culpable Homicide. The suspects invaded an MTN Mast located at Yelwa village via Bambam town, tied up the security man, and removed 30 pieces of 7.5volt batteries.

‘However, they were sighted and pursued. Luck ran out on them as their vehicle developed mechanical fault and they were subsequently arrested.

‘1 Sharon Bus with Reg. No. BWR 622 SA, 30 pieces of 7.5Volt batteries, 1 Iron Bar, 1 Hand Saw, 1 Iron Cutter, 2 sets of Screw Drivers, 1 Iron Cable and, 1 Ankara Wrapper. Suspects confessed to the crime. Meanwhile, the investigation is ongoing and suspects will soon be charged to court for prosecution.’ 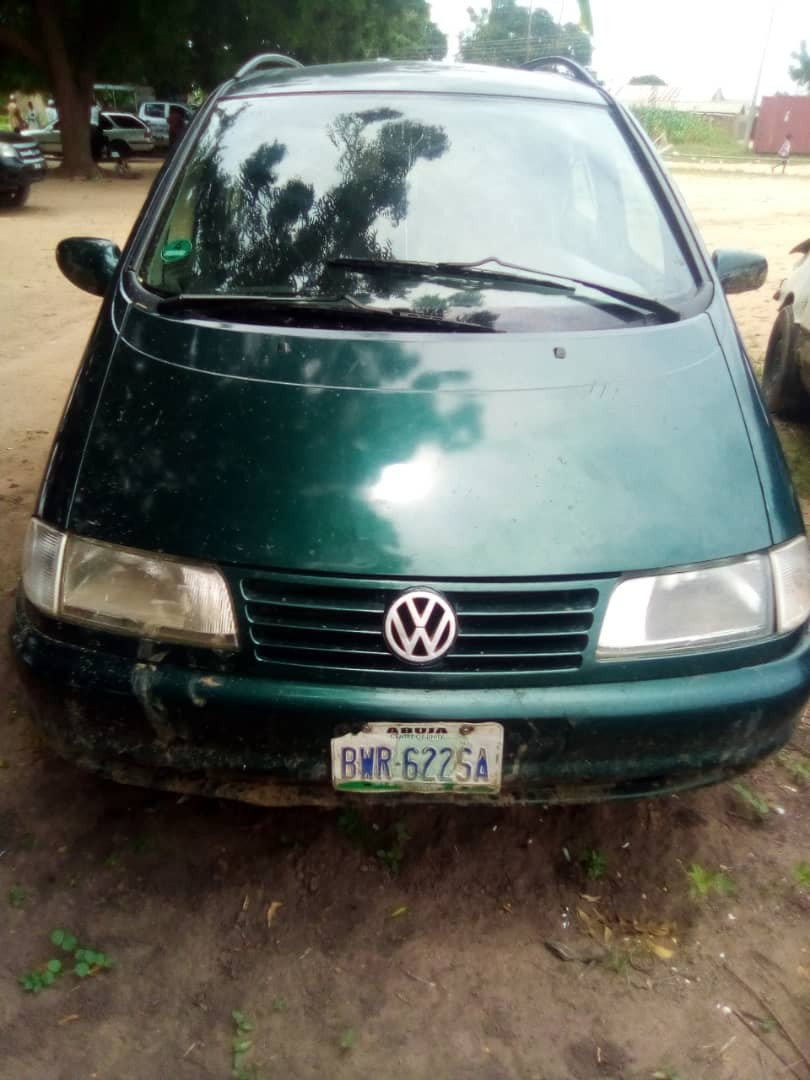 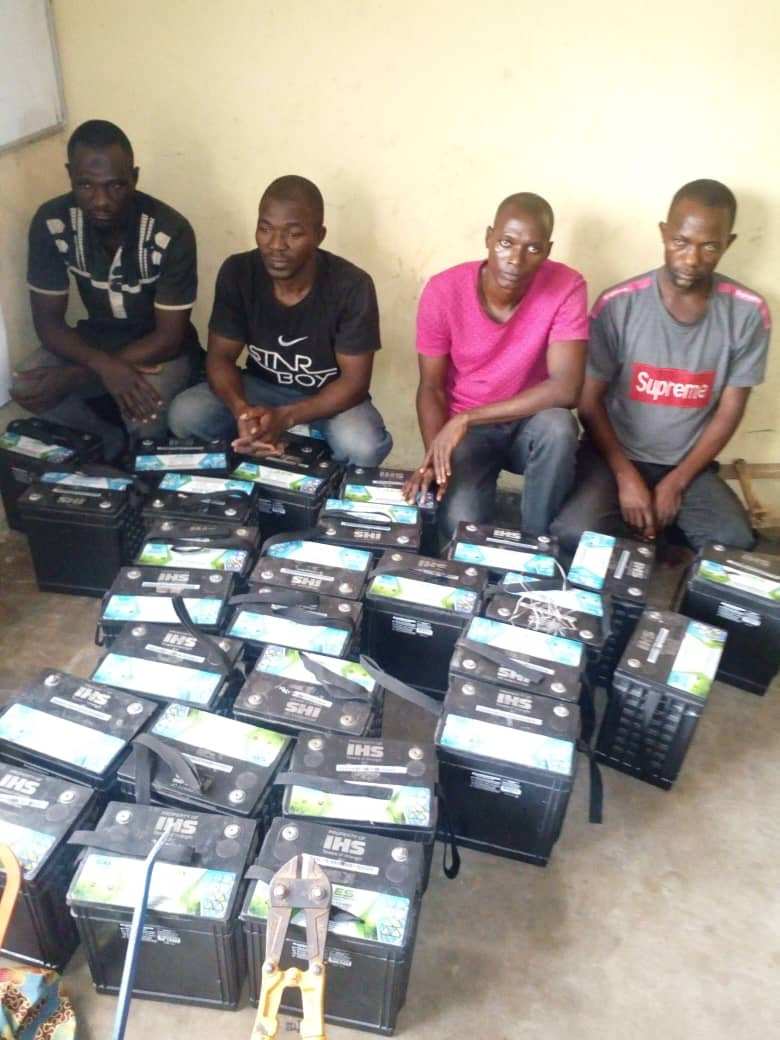 Posted by makarella at 1:15 PM