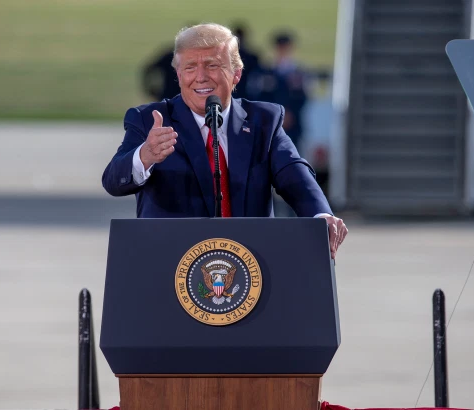 US President, Donald Trump has said he will pardon someone who is “very, very important” on Tuesday, August 18.

Trump made the announcement on Monday night, August 17, while speaking to reporters aboard Air Force One. He didn’t identify who the person was but added it would not be leaker Edward Snowden or former national security adviser Michael Flynn.

"Doing a pardon tomorrow on someone who is very, very important," Trump told reporters on Air Force One.

He declined to offer further details except to say it was not Flynn nor Snowden.

Meanwhile, in May, Trump said he was mulling a full pardon for Flynn, who pleaded guilty to lying to the FBI during an investigation into the 2016 presidential campaign.

The president has wielded his pardon power in the past. He pardoned former NYPD Commissioner Bernie Kerik and commuted the prison sentence of former Illinois Gov. Rod Blagojevich last April.
Posted by makarella at 11:59 AM