The task force officers were said to have been on enforcement duty when some unknown persons confronted them with dangerous weapons. 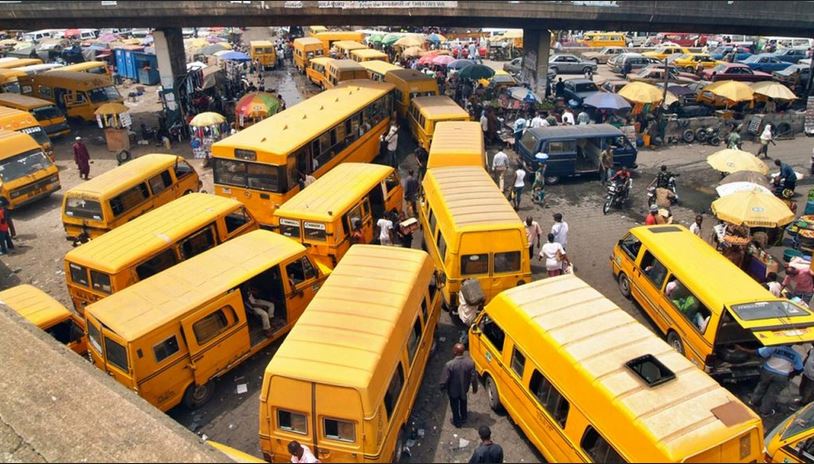 According to The PUNCH,  many commuters were on Wednesday afternoon stranded along the Lagos-Abeokuta Expressway as commercial bus drivers stopped operations.

It was gathered that some operatives of the Lagos State Task Force had earlier stormed the Abule-Egba and Ijaiye areas in the Ifako-Ijaiye Local Government Area of the state.

The task force officers were said to have been on enforcement duty when some unknown persons confronted them with dangerous weapons.

It was learnt that the task force operatives shot at the hoodlums suspected to be transport workers and allegedly gunned down two of the hoodlums.

The ensuing confrontation caused a scare as commuters and traders in the areas scampered for safety.

The chairman of the task force, Yinka Egbeyemi, confirmed the incident but denied that his men gunned down any of the hoodlums.

He said, “Some hoodlums came in three buses to attack some of our men and we faced them.

“We got the information from the National Union of Road Transport Workers and our men confronted the hoodlums.

“We have also arrested them and they are in our custody.”

Efforts to reach the Lagos State Police Public Relations Officer, Bala Elkana, proved abortive as his calls were not answered and he had yet to respond to a text message sent to his line as of the time of filing this report.

Meanwhile, commuters were seen in their droves trekking to their destinations as danfo drivers refused to operate after the incident.

A commuter, Lanre Obabiyi, told our correspondent that he started trekking from the Abule-Taylor Bus Stop and heading towards Salolo in Meiran.

He said, “I was so scared when I heard the gunshots that I had to run inside a bank at the bus stop. Other people also ran inside. We were all there for about 20 minutes before we came out. Right now, I started trekking from Abule-Taylor Bus Stop heading to Salolo in Meiran.”

Another commuter, Esther Bajulaye, said, “I have been trekking from Abule-Egba and I am still going to Tollgate. This is causing unbearable pain and discomfort for commuters. The task force and the drivers should sort out whatever issues they have with each other.”
Posted by makarella at 4:27 PM