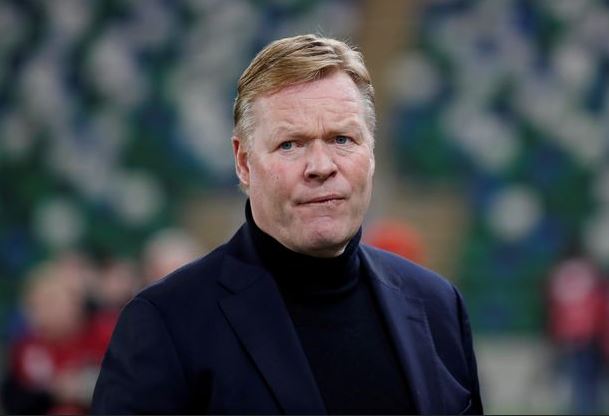 Barcelona made this known in a statement via the club’s official website.

Koeman took over from Quique Setién, who was sacked on Monday after their exit from the Champions League in the hands of Bayern Munich last Friday.

The statement reads: “FC Barcelona and Ronald Koeman have reached an agreement for the Dutchman to take over as first-team coach until 30 June 2022.

“The presentation and subsequent press conference for the new Barça coach will take place today from 6.00 pm CEST at the Auditori 1899.”

Koeman began his coaching career at Barcelona as first-team assistant coach and then as coach of Barça B in the 1998-99 season.
Posted by makarella at 1:18 PM