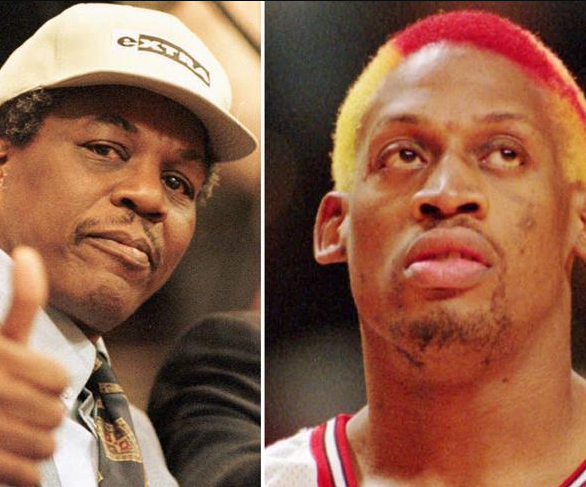 Philander had been living in the Philippines since the 1970s and died in Angeles City, Pampanga, a province northwest of the capital Manila. 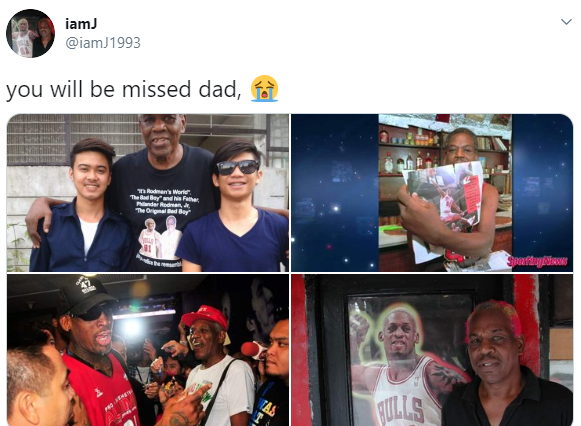 Dennis Rodman was just three-years-old when his father Philander walked out on the family. The pair were estranged for decades, though Rodman Senior tried to seek his son’s forgiveness.

In his 1996 memoir Bad As I Want To Be, Dennis wrote: “I never really knew my father, Philander Rodman … when I was three we packed up and came back to Dallas where my mother is from. We did this when my father stopped coming home.

"My father isn’t part of my life.

"I just look at it like this: Some man brought me into this world. That doesn’t mean I have a father; I don’t. I could say, ‘This is my father. This is my dad’, but that doesn’t sound right to me."

At his Hall of Fame speech in 2011 Dennis told the world he "did not have a father" but a year later the two finally reunited at an exhibition event in the Philippines.

"I just want to see Dennis. He’s my son," Philander said before the reunion. "I just want to clear it up and rest in peace when I die so that he knew that I did not abandon him." 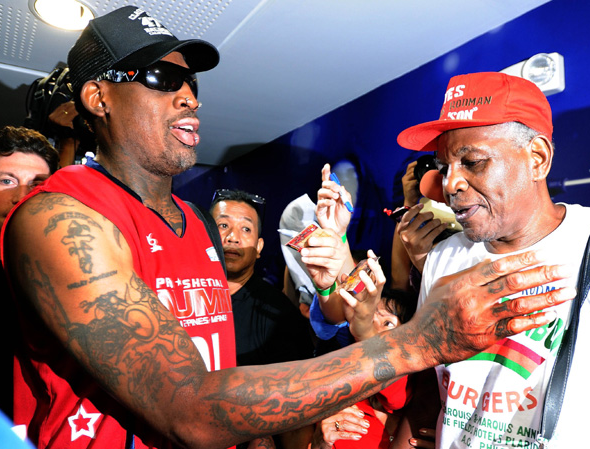 Apart from Dennis, Philander fathered 28 other children. He had 16 baby mamas.

He also ran a burger joint in his adopted country, which he first visited as a member of the US Air Force.

Rodman’s Rainbow Obamaburger joint even sold burger buns and fries in red, yellow and green in honour of the famous hairstyle Dennis rocked as he won three championships with the Chicago Bulls alongside Michael Jordan in the 1990s.
Posted by makarella at 2:29 PM