Osinbajo's Daughter, Kiki Has Been My Tenant Since 2017 – Abuja Property Owner Speaks Up

Kiki had on Friday denied ownership of the property while disclosing her landlord’s name for members of the public to verify. 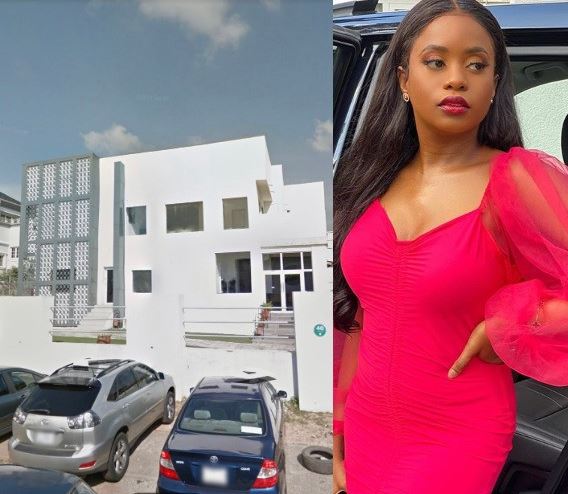 Kiki
The PUNCH reports that Ayuba Musa, the landlord of the property housing GLAM’D Africa, the company of Kiki Osinbajo located in Abuja, has dismissed claims by a blogger, Jackson Ude, concerning the ownership of the property.


The Publisher of the online medium, Pointblank News, had claimed the vice-president’s daughter owned the property on Durban Street, Wuse 2 which he said worth N800m.

Kiki had on Friday denied ownership of the property while disclosing her landlord’s name for members of the public to verify.

“For me, it is completely unbelievable that a grown man will sit in his home and lie about me, a grown man who possibly has children my age!

“Like many young women in Nigeria I work hard, it may be difficult for people like him to understand that a young woman can work hard and succeed on her own steam,” the VP’s daughter wrote on Instagram.

Also, in a disclaimer he signed on Friday, Musa said the property was not at any point in time sold to the vice-president’s daughter or to anyone.

He said he remained the rightful owner of the property and that all documents on the house were still carrying his name and challenged anyone in doubt to check with the Federal Capital Territory Administration.

He added that Kiki has been his tenant for more than three years since April 12, 2017, according to the News Agency of Nigeria.

The property owner said, “In reaction to the recent reports on social media with regards to the above-mentioned property, I write to declare that I, Dr Ayuba Z Musa, am the rightful owner of the said property located at No. 40 Durban Street, Wuse 2, Abuja.

“I have all my documents that are duly registered with the Abuja Geographic Information Systems.

“I have never at any point sold or have agreed to sell my property to GLAM’D Africa, Miss Osinbajo or to any other person; this is completely false.”

The publisher had also accused Kiki’s father, Vice-President Yemi Osinbajo, of collecting N4bn from the suspended acting Chairman of the Economic and Financial Crimes Commission, Ibrahim Magu, who is being probed by a Presidential panel.

Osinbajo, however, denied the allegations levelled against him and has asked the Inspector-General of Police, Mohammed Adamu, to probe the United States-based blogger with a view to prosecuting him for criminal defamation.
Posted by makarella at 7:14 PM