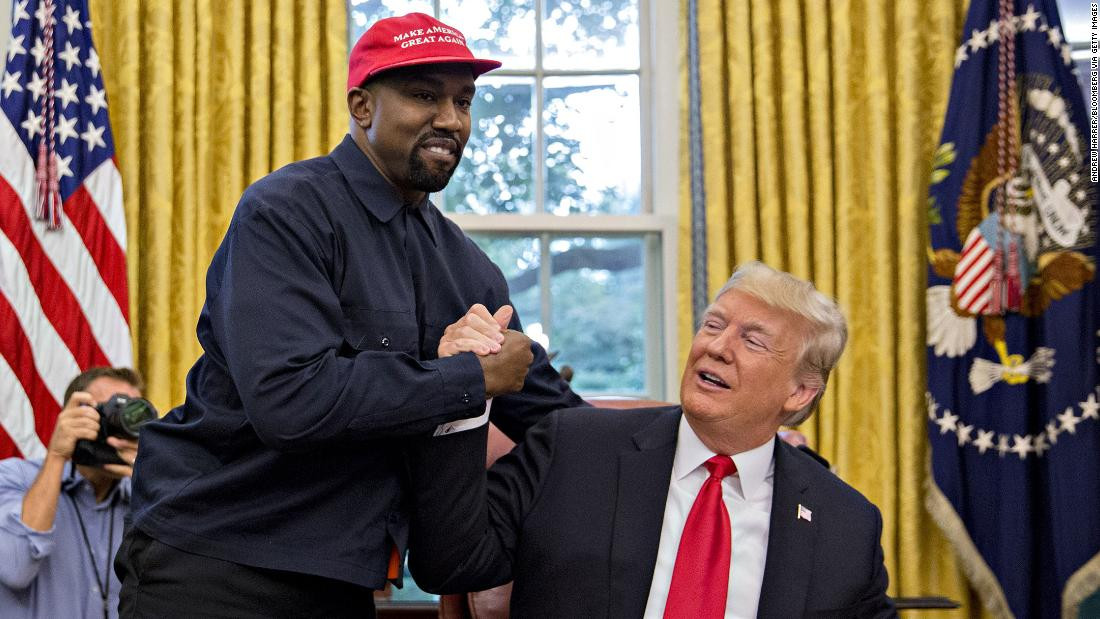 US President Donald Trump has reacted to Kanye West's presidential bid, saying the rapper's declaration to run for president is "very interesting".

Responding to West's claim that he would run against him in the 2020 presidential election, Trump told reporters "He may," during his interview with RealClearPolitics at the White House on Tuesday, July 7.

He continued: "If he did it, he would have to view this as a trial run for what's going to happen in four years," noting that his declaration came late as it would difficult for him to get on the ballot in several states.

The rapper wrote: “We must now realize the promise of America by trusting God, unifying our vision and building our future. I am running for president of the United States! #2020VISION."

His announcement was endorsed by Tesla and SpaceX CEO, Elon Musk who tweeted at him: “You have my full support!” 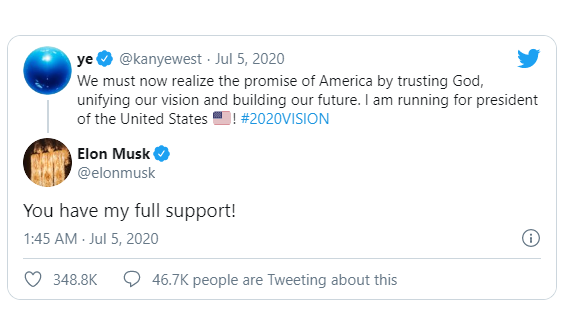 Posted by makarella at 8:17 AM