The Inside Story Of Ooni's Alleged Troubled Royal Marriage

Sources claim that the mood in the Ooni’s Palace is far from tranquility as some are standing up for Olori Naomi, with others sticking their knives in her, too. 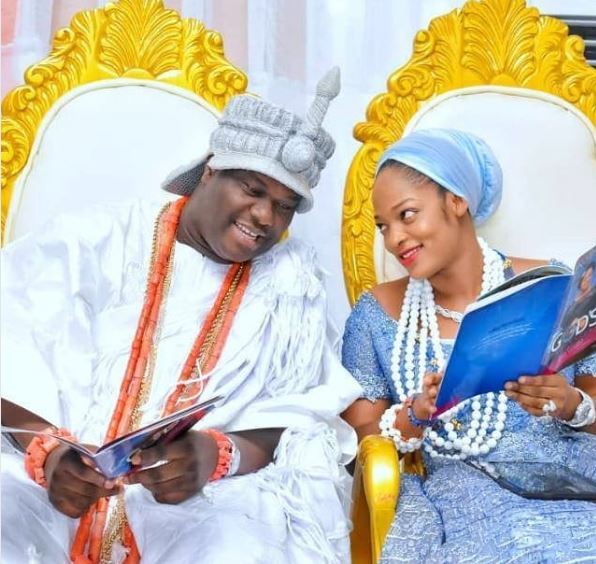 Ooni and his wife
Almost two years into the royal wedding of the highly revered Ooni of Ife, Oba Enitan Adeyeye Ogunwusi and his Olori, Naomi Shilekunola Ogunwusi, many of the anecdotes of courtier gossip on trouble in their marriage and the Queen’s exit from the palace ring believable. Despite the Olori’s rebuttal last week on her social media handle, the rumour has refused to fizzle out and are still flying around—from the tabloids to the streets of Ile-Ife and other cities— with many faulting her claims that all is well between her and her husband.


Following last week report on the Spotlight, there are various sources reacting and claiming that the mood in the Ooni’s Palace is far from tranquility as some are standing up for Olori Naomi, with others sticking their knives in her, too. It was gathered that the Olori and her family —her mum and two sisters— left the Palace since January after some sensitive issues leading to a feud between the royal couple. A source told Spotlight that the feud was as a result of a certain discovery by the Ooni on how Olori Naomi came to be his wife two years ago. According to the source, the fresh discovery was said to have disrupted the peace of the revered monarch. And when challenged, rather than making a solid defence, she was said to have angrily packed some of her things and moved back to Akure.

The source recalled that sometime mid-2018 the Olori had visited the Palace as a prophetess to inform the monarch that she had a revelation for him. When she was granted the audience, Naomi, who also came with a gift for the then divorced Ooni, told the monarch that God revealed to her that she would be his next wife. A very surprised Ooni, during a follow-up interaction, was said to have queried the young pretty lady about her relationship status, to which she claimed not to be attached to any man. She was said to have told Ooni that she’s been more focused on her evangelical ministry and not really interested in building any hedonistic relationship with any man until the revelation. Ooni received her message but with some reservations. He was said to have sent some of his trusted men to run a discreet investigation to dig into her past and present with the result coming out  encouraging. This was said to have convinced Ooni, who was already swooned by the Olori’s ravishing beauty and gift as a prophetess.

They got married two months after that encounter. It was even the Ooni who broke the news of his new marriage on his official Twitter handle. Part of the enamoured monarch’s tweets revealed that he “waited patiently upon the Almighty the King of kings, He eventually did it in the midst of many trials. Shilekunola, Moronke, Naomi; the greatest Arsenal you can apply on this highly revered throne with many rules and regulations in the midst of undiluted tradition, heritage and culture is the ‘Fear Of God In You’, which is the beginning of your wisdom on this throne of Oduduwa. You are welcome home my beautiful and adorable queen.”

However, all those sweet words may have gone sour now with the rumoured crack in their affair. Meanwhile, other sources close to the royal couple are also claiming that Olori Naomi must have felt disappointed that two years into their marriage most of her expectations have not been met. The Olori felt Ooni has allegedly reneged on his promise, before they got married, to build her a big church where she would continue her evangelical work side by side her duties as Ooni’s wife. According to the source, contrary to her belief that the monarch is stupendously rich and could get her all her heart desires, getting to the palace, she discovered that the Ooni is not that liquid as she thought. This was alleged to have been a nagging issue between them.

It was learnt that some highly respected figures in Yorubaland are working silently to mend fences between the royal couple. This is so as not to give life to the initial fears in the early days of their marriage where some critics have predicted that they won’t last more than six months. But when the marriage clocked a year, Olori Naomi took to her social media platform to taunt those who never believed in their union.

Spotlight also gathered that Ooni, though still in love with the young Olori, has decided to forgive her so as not to validate the insinuation that it’s impossible for him to stick to a woman for a very long period. Some are however still insisting that the Ooni might have been on the look-out for another wife to join them in the palace.
***
Source: Sun News
Posted by makarella at 1:10 PM 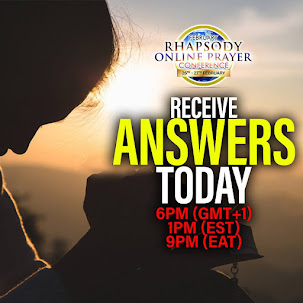