Shock As Senior Advocate Of Nigeria, Badejo Slumps And Dies While Walking Out Of His Home

Jadegoke Adebonajo Badejo, the Principal Partner of Bonajo Badejo & Co, died as he was walking out of his home. 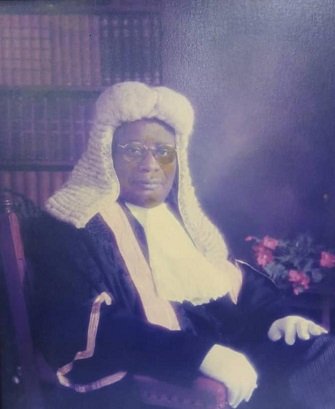 Sir Eghobamien was called to the English Bar and the Nigerian Bar in the years 1972 and 1973 respectively. He was conferred with the rank of SAN in 1995.

Badejo, the Principal Partner of Bonajo Badejo & Co, died as he was walking out of his home.

The official GSM line of his law firm rang out yesterday, but a source told The Nation how the incident occurred.

“He was fully dressed about to step out of the house. He was getting ready to leave home for work yesterday when he slumped and passed on,” the source said.

The Body of SANs (BOSAN) mourned their deaths in two statements on Saturday.

For Badejo, Sowemimo said: “We deeply mourn the sad demise of our colleague and we pray that the Almighty God grants his family the fortitude to bear the irreparable loss.

“Funeral arrangements as released by his family will be announced in due course,” said BOSAN secretary, Mr Seyi Sowemimo, SAN.

Sir Badejo acted as Legal Consultant and Company Secretary to many blue chip companies and orthodox religious bodies in Nigeria.

Some of his religious friends paid tribute to his memory at https://www.forevermissed.com/sirbonajo-badejosankjw/about a website set up in his honour.

“I sat beside you as time keeper at the March constitutional review conference of our church held at Hoare’s memorial; to say you displayed your usual brilliance and zeal is an understatement. A soft spoken, quiet achiever but loud committer of time and resources. We have been hit below the belt. May God bless your beautiful and pleasant soul. Great tree that fall and emptied the forest!,” said Kolade Fadahunsiu.

“You taught me, you tutored me, you were tough yet caring, I feared you like a son his father, I respected you and adored your hard work and dedication to work and humanity. The news of your passing has been one of total shock and disbelief. Sir, you were a good man. May heaven open its doors for your soul, may the Lord welcome you into His eternal rest. Rest well sir,” Adelemoni said.

“What a day for humanity. Sir Bonajo Badejo, we were still in grief of the colossal loss, in person of Sir Oluremi Omotoso, when we had that your Maker has also called you home. Though it pains to lose two giants of faiths like you even within a decade, our comfort is in the fact you died as a dedicated, committed, productive, humble servant of God. Good night servant of God,” Agunbiade said.
Posted by makarella at 1:36 PM