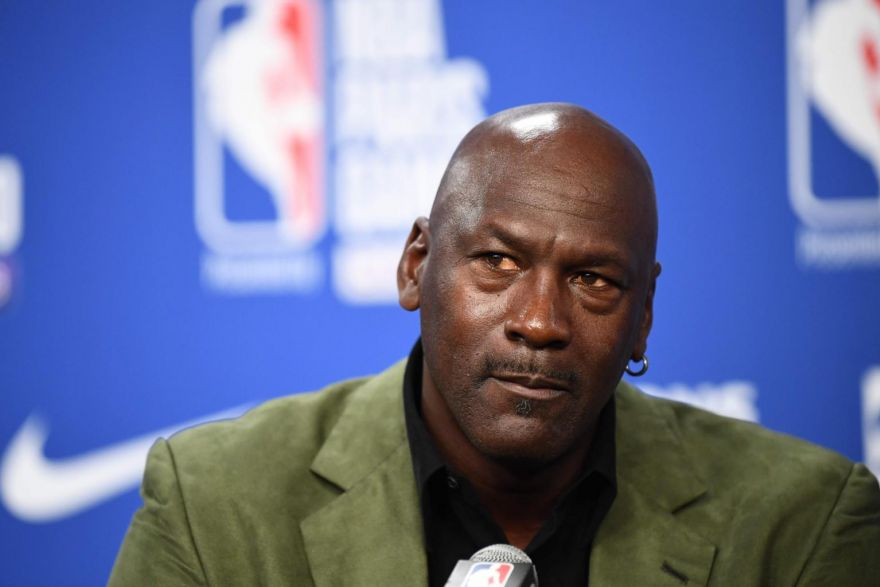 Michael Jordan and Jordan Brand on Friday announced a $100 million donation to help the ongoing fight against racial injustice.

In a joint statement released by his manager Estee Portnoy, the basketball legend said that over the next 10 years, he and his brand will donate $100 million to "organizations dedicated to ensuring racial equality, social justice and greater access to education."

"Jordan Brand is more than one man. It has always been a family," the statement begins. "We represent a proud family that has overcome obstacles, fought against discrimination in communities worldwide and that works every day to erase the stain of racism and the damage of injustice."

It continues, "The will, the work, the excellence the world has come to know is the result of one generation after another, pouring their dreams into the next. It's 2020, and our family now includes anyone who aspires to our way of life. Yet as much as things have changed, the worst remains the same."

"Black lives matter. This isn't a controversial statement. Until the ingrained racism that allows our country's institutions to fail is completely eradicated, we will remain committed to protecting and improving the lives of Black people," they share. 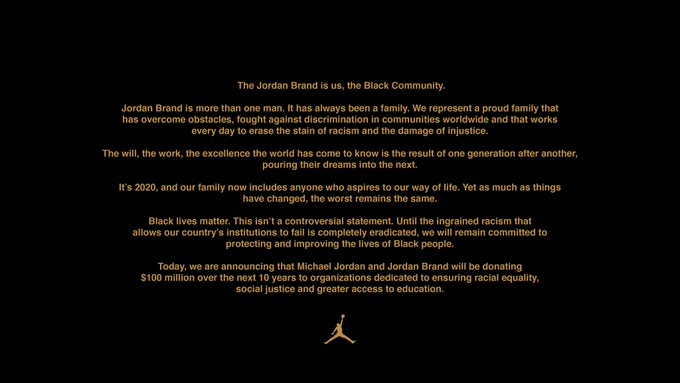 9,213 people are talking about this

In his previous statement on George Floyd's death and the ongoing police brutality and racial injustice protests, the 57-year-old former Chicago Bulls great and owner of the Charlotte Hornets said he was "deeply saddened, truly pained and plain angry."

"I stand with those who are calling out the ingrained racism and violence toward people of color in our country. We have had enough," he said. "... We must listen to each other, show compassion and empathy and never turn our backs on senseless brutality. We need to continue peaceful expressions against injustice and demand accountability."
Posted by makarella at 12:14 PM