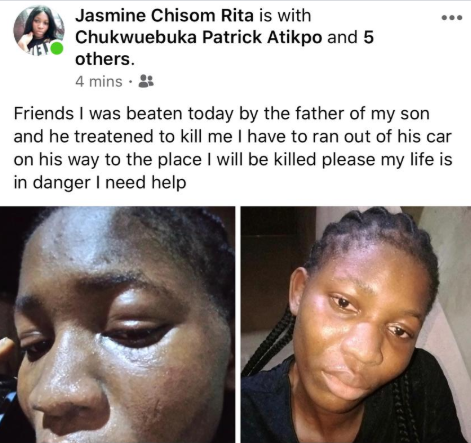 A Nigerian man was beaten to a pulp for trying to help a domestic violence victim who was being physically assaulted by her husband and his friends.

According to the brother of the man who was badly beaten, his brother was driving when he saw 6 men beating a woman. One is the woman's husband and the other are his friends.

He pulled over to save the woman and the men allegedly beat him up.

The woman who was allegedly beaten by her husband, later took to Facebook to cry for help, revealing her life is in danger.

"Friends I was beaten today by the father of my son and he threatened to kill me," she wrote, adding, "I have to ran out of his car on his way to the place I will be killed please my life is in danger I need help (sic)". 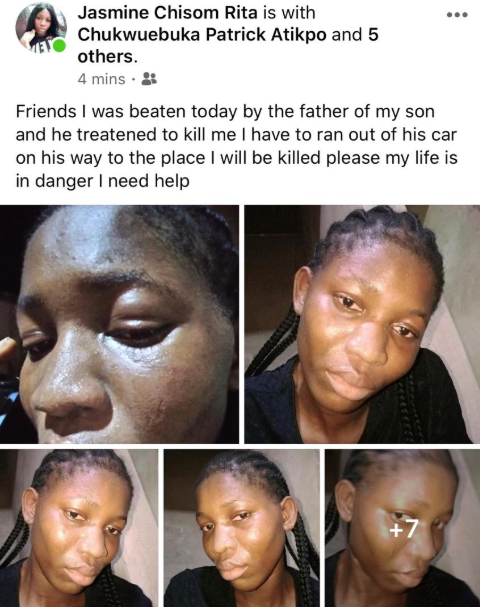 The brother of the Good Samaritan, wrote on Twitter: "My Younger brother got beaten to a pulp by 6 men today. He saw them violating a Lady who is married to one of the men and he then pulled over to save the lady from them, they descended on him. This is so bad. My brother's face is in a terrible state right with regrets!"

He also shared photos of the lady his brother tried to save and revealed that her life is in "serious danger." 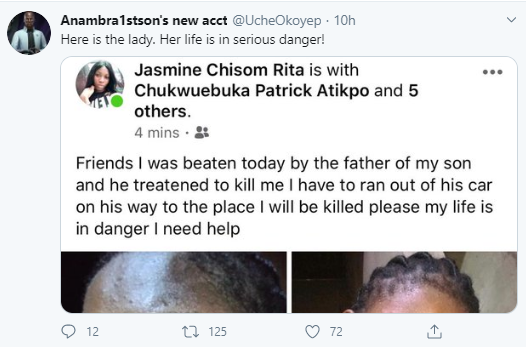 Posted by makarella at 9:20 AM