The federal government has given approval for schools to reopen for certain category of students. 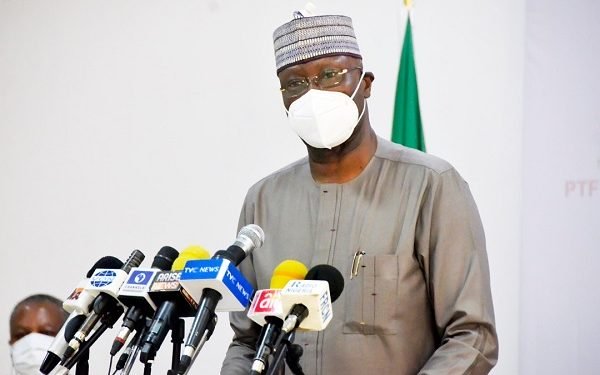 Boss Mustapha
The Federal Government on Monday announced that students in graduating classes in primary and secondary schools are allowed to resume classes in preparation for the various examinations, but measures must be put in place for their safety.
The Presidential Task Force (PTF) announced this in its daily briefing in Abuja, adding that though it asked those categories of students to resume, students in other classes are not allowed to resume.
Chairman of the PTF and Secretary to the Government of the Federation (SGF), Mr Boss Mustapha, while disclosing this, also said the students will be made to put on face masks compulsorily and observe all other protocols.
Details later….
Posted by makarella at 5:17 PM