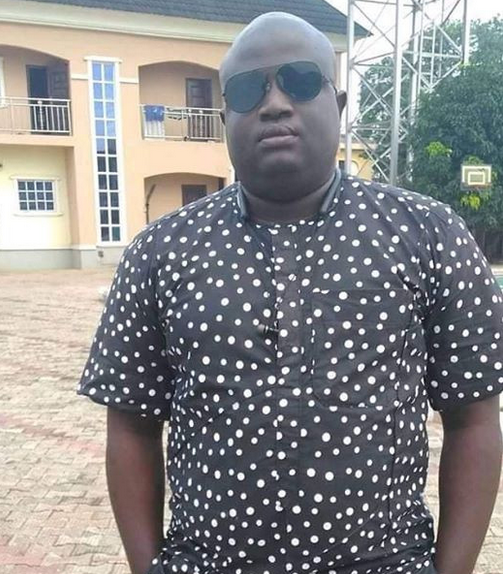 Two police officers and wife of a popular business mogul were killed by daredevil armed robbers, who ambushed them at Okuokoko area of Okpe local government area of the state.

The policemen, an Inspector, and a Sergeant, were said to have been escorting the couple who were conveying an undisclosed amount of money to their residence when the gunmen struck. 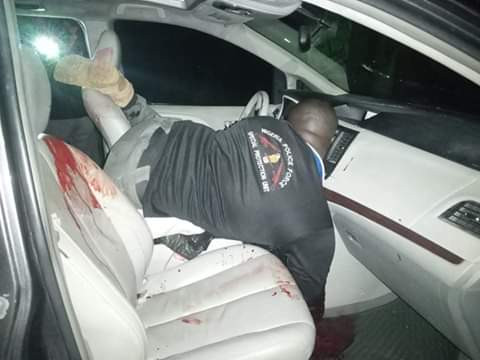 The VIPs, a husband and wife, also sustained various degrees of injuries leading to the death of the wife who passed on in the early hours of Sunday at an undisclosed hospital.

It was gathered that the hoodlums also carted away a huge amount of money from the victims alongside the AK47 rifle of one of the slain policemen.

Spokesperson of the Delta State Police Command, DSP Onome Onovwakpoyeya, confirmed the death of the officers but did not give details.

However, a security source privy to the incident who spoke to Vanguard, gave the names of the slain officers as Inspector Otency Anebi and Sergeant Ikenna Emeka while the female victim was identified as Mrs Chinonye Okekeocha. 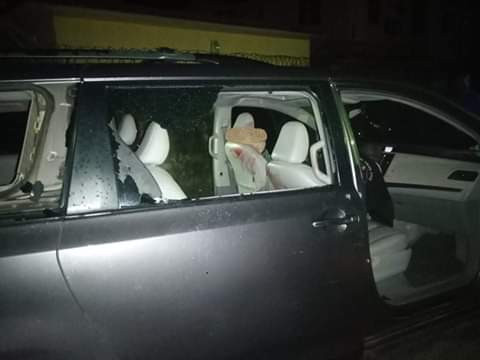 The source, who is a senior police officer at the Orerokpe police division, disclosed that the AK47 rifle of the slain Police Inspector was taken away by the hoodlums, who also snatched undisclosed amount of money from the civilians.
“The incident happened at about 8 pm on Saturday along Caroline Street, Okuokoko. The policemen were VIP duties as they were attached to one Mr Nnamdi Okekeocha and his wife, Mrs Chinonye Okekeocha. They were on their way back to the residence of the Okekeochas when they ran into an ambush by a gang of suspected armed robbers which was followed by heavy gunfire by the hoodlums who had laid siege at the scene of the incident in two cars," the source said.
“Unfortunately, the two policemen paid the supreme price while Mrs Chinonye Okekeocha also gave up the ghost as a result of gunshot injuries sustained during the incident with her husband rushed to a private hospital in Warri where he is currently receiving treatment from injuries sustained during the incident. However, upon receipt of the incident, men from the division were immediately drafted to the scene and recovered one AK47 rifle, one live ammunition, and 17 empty shells. The bodies of the slain policemen have also been deposited in the mortuary.”

Meanwhile a friend of one of the slain officers took to Facebook to mourn his death. 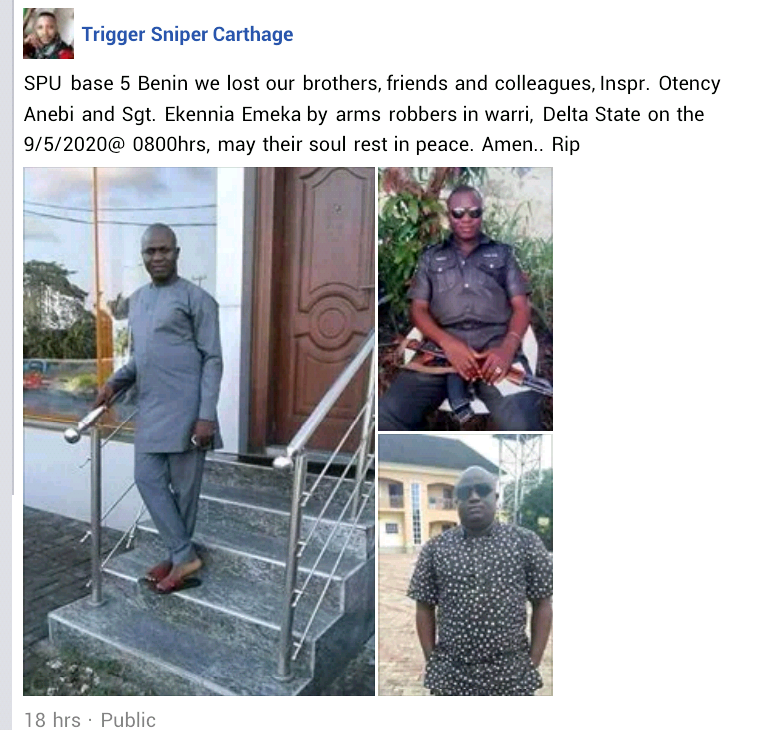 Posted by makarella at 5:35 PM