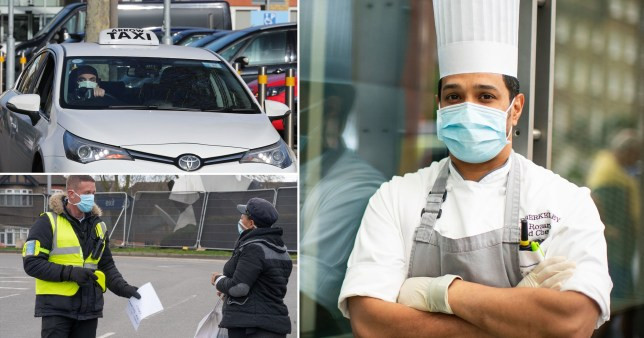 A new data published by the UK's Office for National Statistics (ONS),  has shown that security guards, taxi drivers and chefs are at the highest risk of dying from the novel Coronavirus.

He said: ‘This is not just for health care and social care workers, but for many other occupations that involve contact with people. ‘The highest Covid-19 death rates are for security guards, with high rates also for taxi drivers and chauffeurs, bus and coach drivers, chefs, sales and retail assistants, construction workers, and service occupations (including hospital porters, kitchen and catering assistants, and waiters).‘The authors note that the findings are adjusted for age, but not for other factors such as ethnic group and place of residence; pre-existing conditions such as diabetes and obesity may also vary by occupational group.
‘Nevertheless, the findings are striking, and emphasise that we need to look beyond health and social care, and that there is a broad range of occupations which may be at risk from Covid-19. These are many of the same occupations that are now being urged to return to work, in some instances without proper safety measures and PPE being in place.’
Posted by makarella at 7:04 PM