A Boko Haram member has surrendered himself to officers of the Nigerian army, it has been revealed. 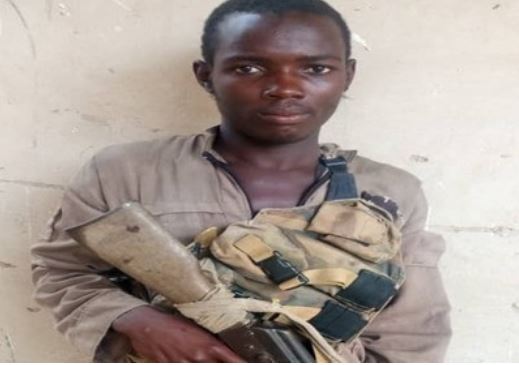 The Boko Haram member
A member of the dreaded Boko Haram sect, Yahaya Adamu aka Saad Karami, has voluntarily surrendered to the Nigerian Army.


A statement released by the Defence Headquarters today May 29, says Yahaya voluntarily surrendered to troops of 242 Battalion in Monguno on May 24.

He is said to have led the last attack on troops in Baga town and equally participated in attacks on Metele, Mairari, Bindiram, Kangarwa and Shetimari (Niger Republic). 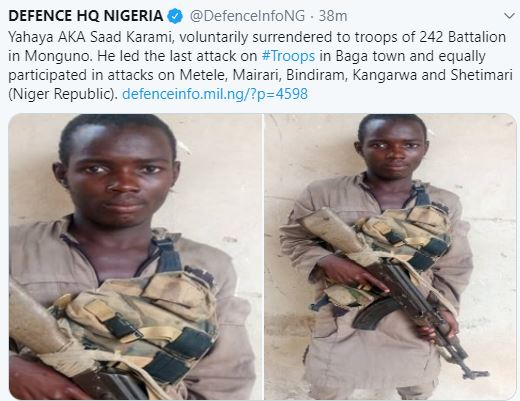 He is currently in the custody of the military.
Posted by makarella at 2:41 PM