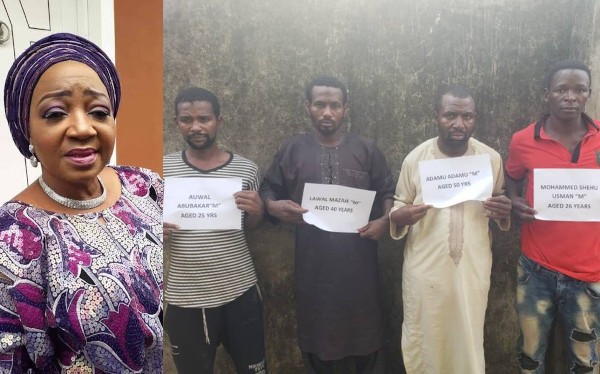 Security has been beefed up at the Ondo Infectious Disease Hospital, after one of the suspected killers of Afenifere leader's daughter Adamu Adamu tried escaping from the facility.

Recall that the suspect who was arrested alongside three others in connection to the murder of Pa Fasoranti’s daughter Mrs. Olufunke Olakunri, tested positive for Coronavirus few days ago.

It was however gathered that he has been employing different antics to escape from custody, and they include spending long hours in toilet. It was gathered that he recently tried fleeing from the facility.

Following the foiled escape attempt, the suspect has been chained to his bed and closely monitored to the toilet. The Nation reported that soldiers have also been mobilised to support policemen on guard at the hospital.
Posted by makarella at 8:20 PM