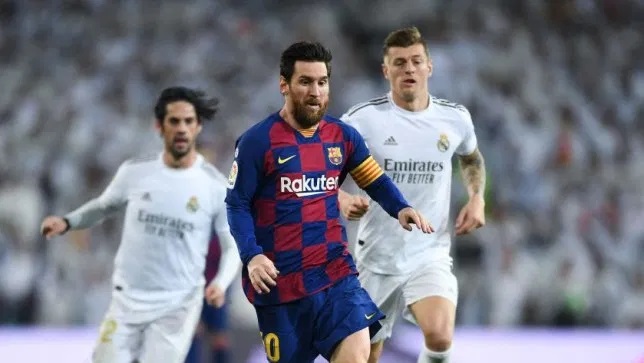 Pedro Sanchez, the Prime Minister of Spain announced on Saturday that La Liga can resume from its coronavirus lockdown on the week of June 8.


“The resumption of major professional sporting competitions and in particular La Liga will be allowed from the week of June 8,” Sanchez told a press conference.

More than two months after the COVID-19 pandemic halted the season in Spain, players have begun training in small groups as they aim to be as ready as possible for the planned reboot next month.
Posted by makarella at 10:55 PM