EFCC investigates arrest of the owner of a Shawarma store over N1,600 transaction 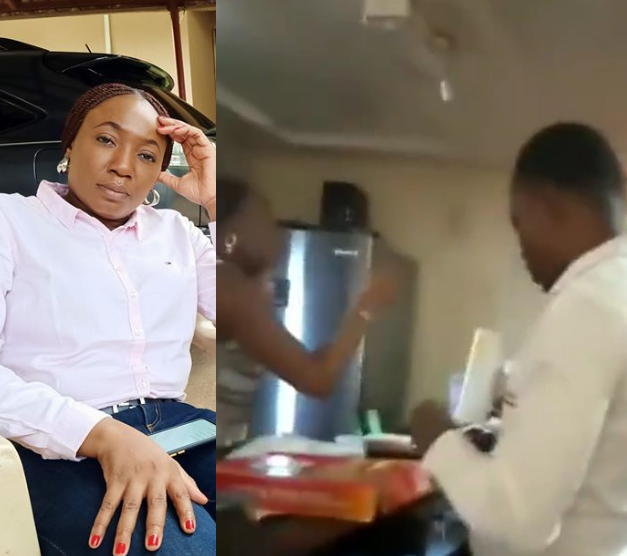 The Economic and Financial Crimes Commission has responded after the owner of a Shawarma store was arrested by their staff  and detained in a cockroach-infested cell  over a misunderstanding.

Ato Mnena Anita was arrested alongside her workers on May 6 and her eatery, in Makurdi, Benue state, was shut down. She was then charged with "attempted fraud" after being detained.

According to Ato, her arrest was effected by a female staff of EFCC over 1,600 Naira. The female customer had bought goods worth #1,500 but paid #1,600 into the business' account. As they were expecting #1,500 from her, they had no idea that the #1,600 was from her and they called her to demand payment. When they noticed that the #1,600 was from her, they apologized but she allegedly promised to make them pay.

The following day, uniformed men arrived at the Star Shawarma address and arrested the owner and some staff, detained them, then charged them to court.

Nigerians condemned this act as an abuse of power.

Reacting to the arrest, EFCC spokesman, Dele Oyewale, in a statement on Monday, noted that the commission has commenced investigations into the circumstances of the incident.

He assured that no stone would be left unturned in ensuring that they get to the root of the matter.

The statement reads: "The attention of the Economic and Financial Crimes Commission, EFCC, has been drawn to reports of a recent arrest made by its officers at a pastry firm in Makurdi, Benue State, involving Ms Mnena Ato, Managing Director and Chief Executive Officer, Star Shawarma.

"The Commission has commenced investigations into the circumstances of her arrest and would leave no stone unturned in ensuring that all facts related to the arrest are unearthed.

"It is not in the character of the EFCC to act arbitrarily and the Commission is always guided by global best practices in its operations.

"The Commission wishes to assure members of the public of its commitment to best professional practices and excellent conduct of all its men and officers.

"As the Commission continues to pursue its mandate of ridding the nation of economic and financial crimes, appropriate sanctions would be placed on whoever is found to have acted out of character regarding the Benue arrest."
Posted by makarella at 7:05 PM