Coronavirus can enter the body through the eyes, and tears can help spread infection - John Hopkins University scientists reveal 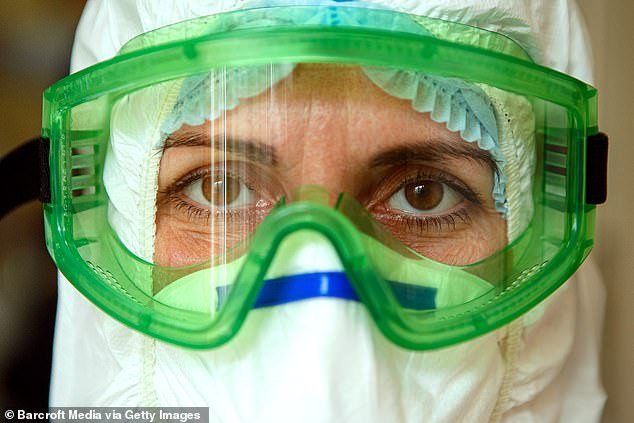 Scientists from the John Hopkins University School of Medicine have released a report claiming the novel Coronavirus can enter the body through the eyes after finding that the eyes contain a protein used by the disease scientifically called SARS-CoV-2 to bind to cells.

According to the scientists, Covid-19 or SARS-CoV-2 - latches onto ACE-2 receptors in the eyes, as these receptors are known as the 'gateway' into cells inside body.

These ACE-2 receptors are found in the respiratory tract and the lungs, which is where the virus first infiltrates cells, as well as other organs and the Johns Hopkins scientists have now found the eyes produce ACE-2, making them a target for the virus.

The study suggests that if droplets from an infected person's sneeze or cough were to land on the surface of the eye, the virus could begin infiltrating cells there explaining why some  Coronavirus patients have suffered conjunctivitis - an inflammation of the eye.

The scientists also revealed that tears may serve as a spread of infection.

The team was led by Lingli Zhou of the Department of Ophthalmology, Johns Hopkins University School of Medicine, Baltimore and they analysed ten human post-mortem eyes from people who did not die of COVID-19 for the expression of ACE2 (angiotensin-converting enzyme 2).

The scientists also looked for TMPRSS2, an enzyme that helps viral entry following binding of the viral spike protein to ACE2. ACE2 and TMPRSS2 must both be present in the same cell for Covid-19 to effectively replicate in the human cells.

All eye specimens checked by the scientists expressed ACE-2 in the tissue that lines the inside of the eyelids, called conjunctiva, the clear outer layer of the eye, called the cornea, and the limbus, which is the border between the cornea and the white of the eye according to the report of the scientists published on MedRxiv .

TMPRSS2 was also expressed according to the research which was triggered by 'extensive speculation' that eye surfaces are a possible site of virus entry.

Dr Zhou and colleagues wrote: 'Together, these results indicate that ocular surface cells including conjunctiva are susceptible to infection by SARS-CoV-2, and could therefore serve as a portal of entry as well as a reservoir for person-to-person transmission of this virus.'
Posted by makarella at 5:38 PM