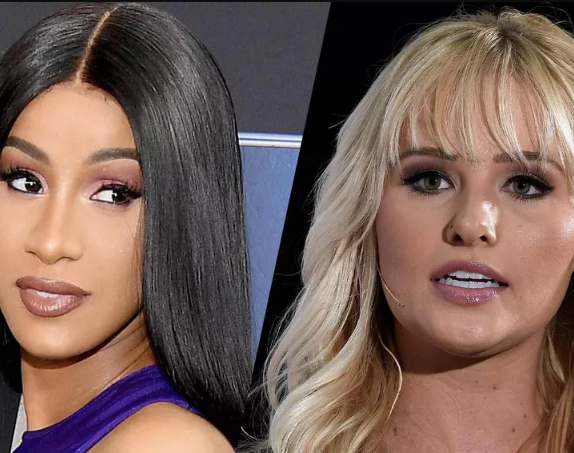 Cardi B was quick to shut down American commentator Tomi Lahren after she shared a tweet to condemn the riots and looting that took place as people protested the murder of George Floyd.

There has been chaos in Minneapolis following the murder of unarmed Black man George Floyd by a White police officer, Derek Chauvin. This angered people and they took to the streets to protest and burn things down.

One of her tweets reads: "How does looting, rioting and destroying your OWN community bring justice for anyone?"

And Cardi B blasted her, writing: "How does targeting, profilin,beating and murdering black men with no consequence equal serving and protecting? Who’s giving them justice and trust on cops ? Mind your business and eat your salad !" 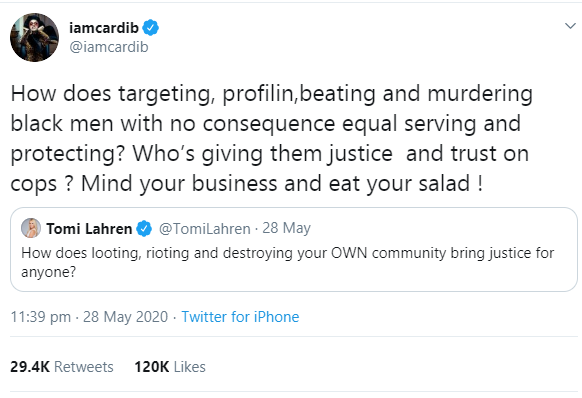 And Tomi responded to Cardi: "Yeah stealing TVs and everything else from Target and setting AutoZone on fire is sure gonna fix the problem. You got it. Just what the country recovering from economic collapse needs right now."

Below are other tweets from Tomi condemning the protesters. She has said nothing to condemn George's death neither has she mourned him in any of her tweets. 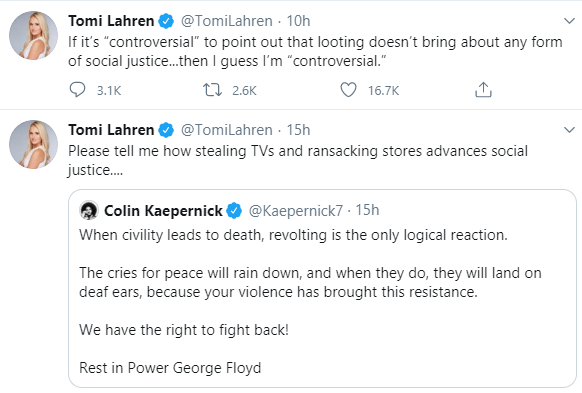 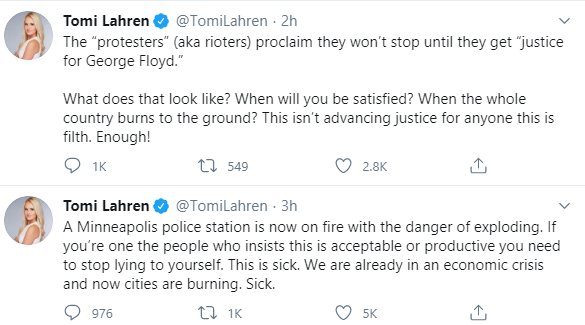 Posted by makarella at 3:31 PM