We have spent over N1bn in the fight against COVID19- Edo state governor, Godwin Obaseki 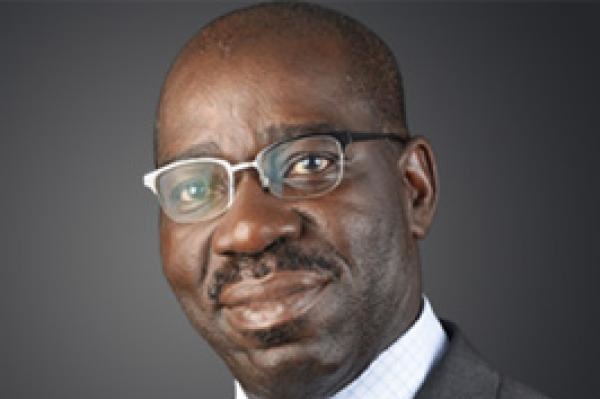 Governor Godwin Obaseki of Edo state says his administration has spent over N1billion to curtail the spread of COVID19 in the state.

The state currently has 15 confirmed cases of COVID19.

Speaking at a press briefing in Benin city, the state capital, the governor said his goverment is working hard to fight the virus with its limited resources.

“The government of Edo State is leading this battle from the front. We have already spent over N1billion of our limited resources so far on this fight.
We have constituted the Edo State which is made up of our sons and daughters who are captains of industries, religious leaders, traditional rulers to help us galvanise efforts at mobilizing resources to beef up the state government’s response to this pandemic,” he said.

He also announced a dusk-to-dawn curfew which is to start from April 20. He said the curfew which is from 7pm to 6am is subject to review after 10 days when many persons have been tested.
Posted by makarella at 7:12 PM