One killed in Bauchi market fire 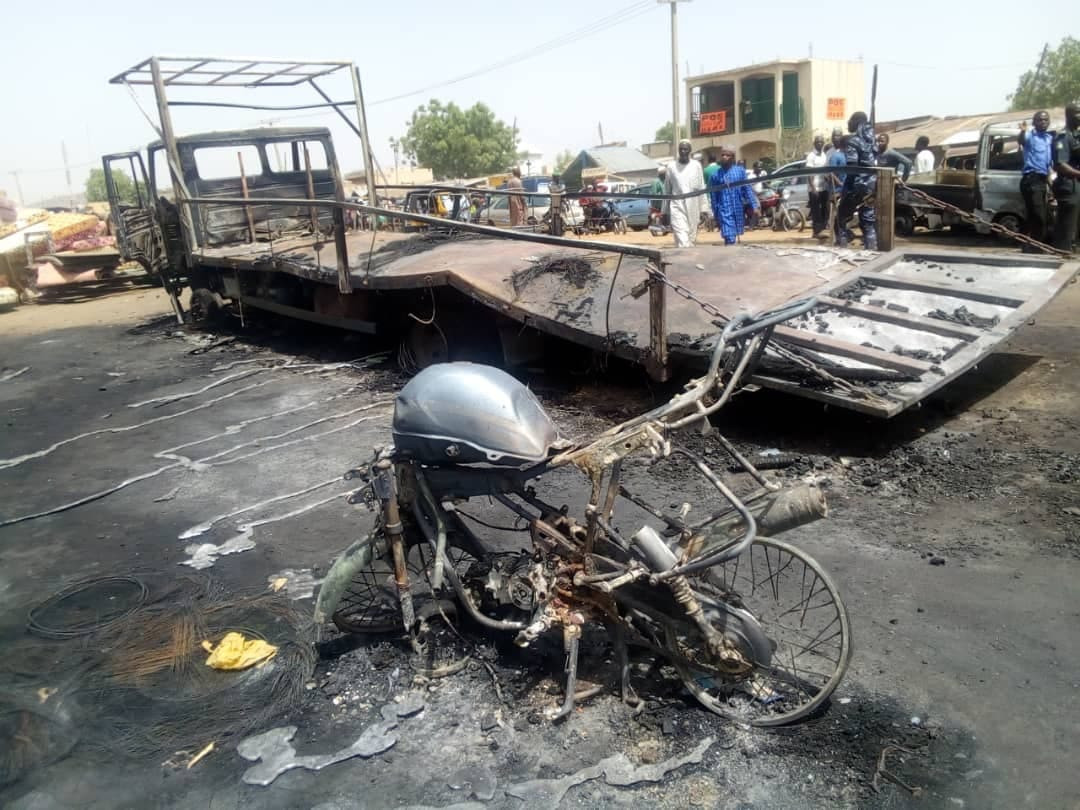 A fire outbreak at the Muda Lawan market in Bauchi State led to the death of one person.

The fire which started after a truckload of mattresses caught fire on Thursday April 16, destroyed several shops and cars parked close to the market.

Here are photos from the scene of the incident below; 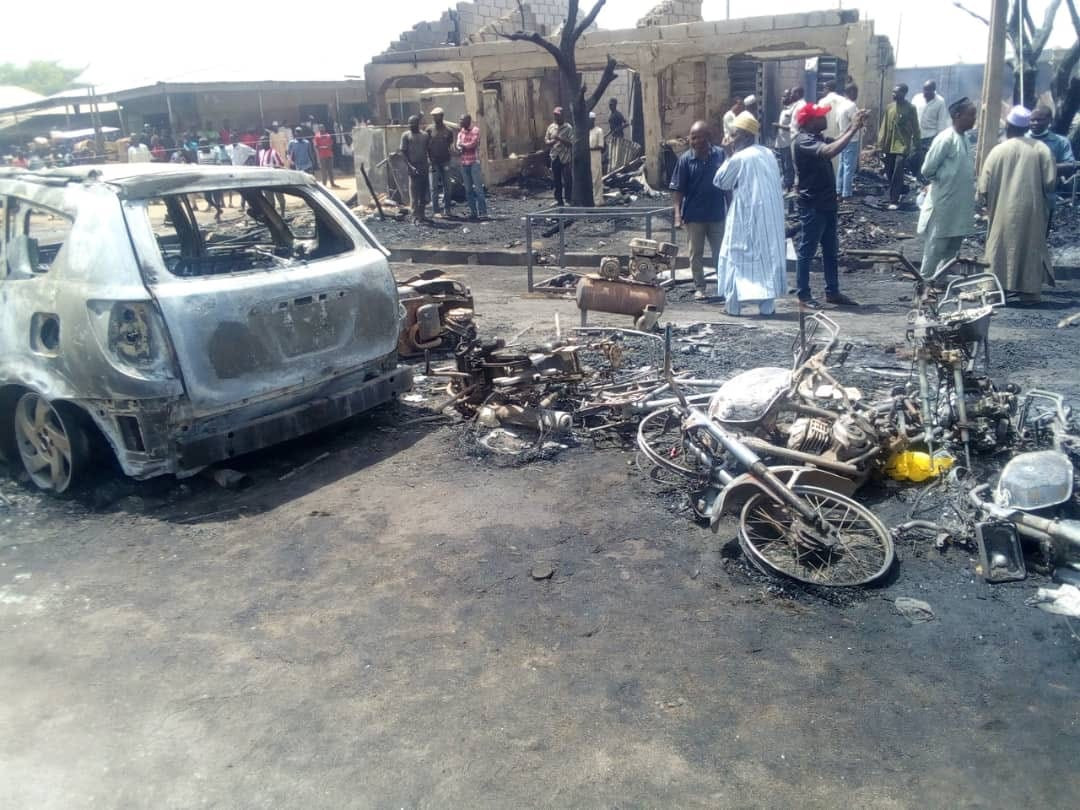 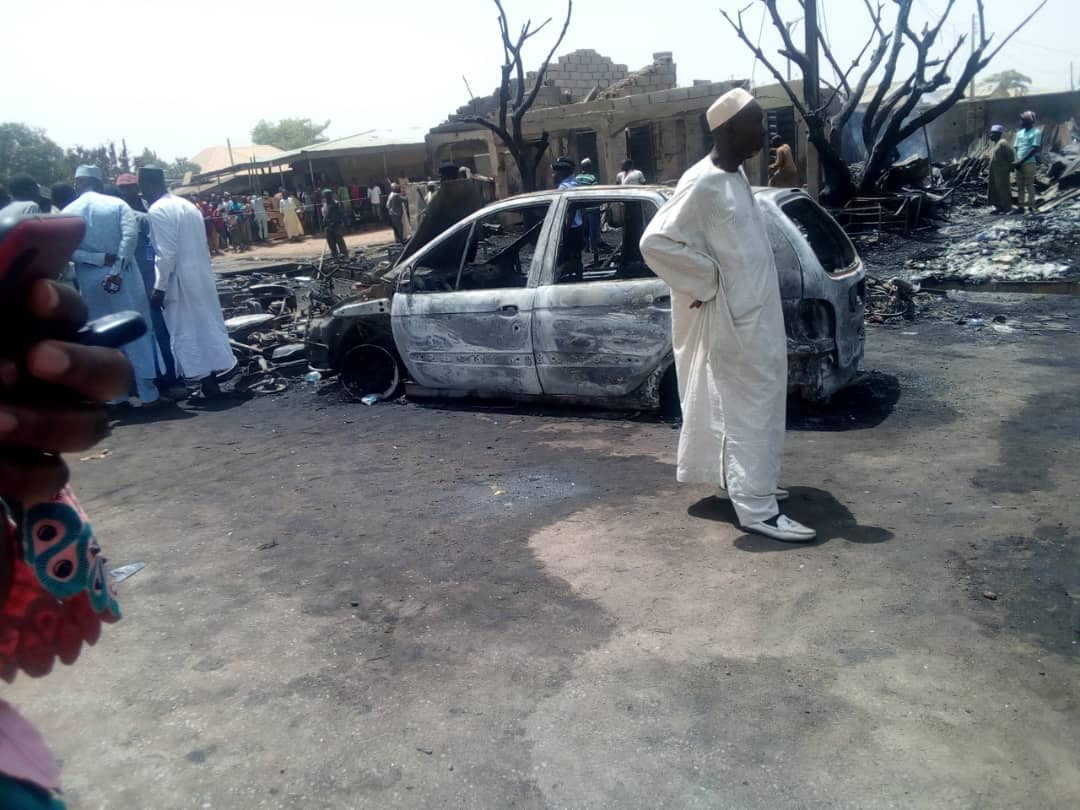 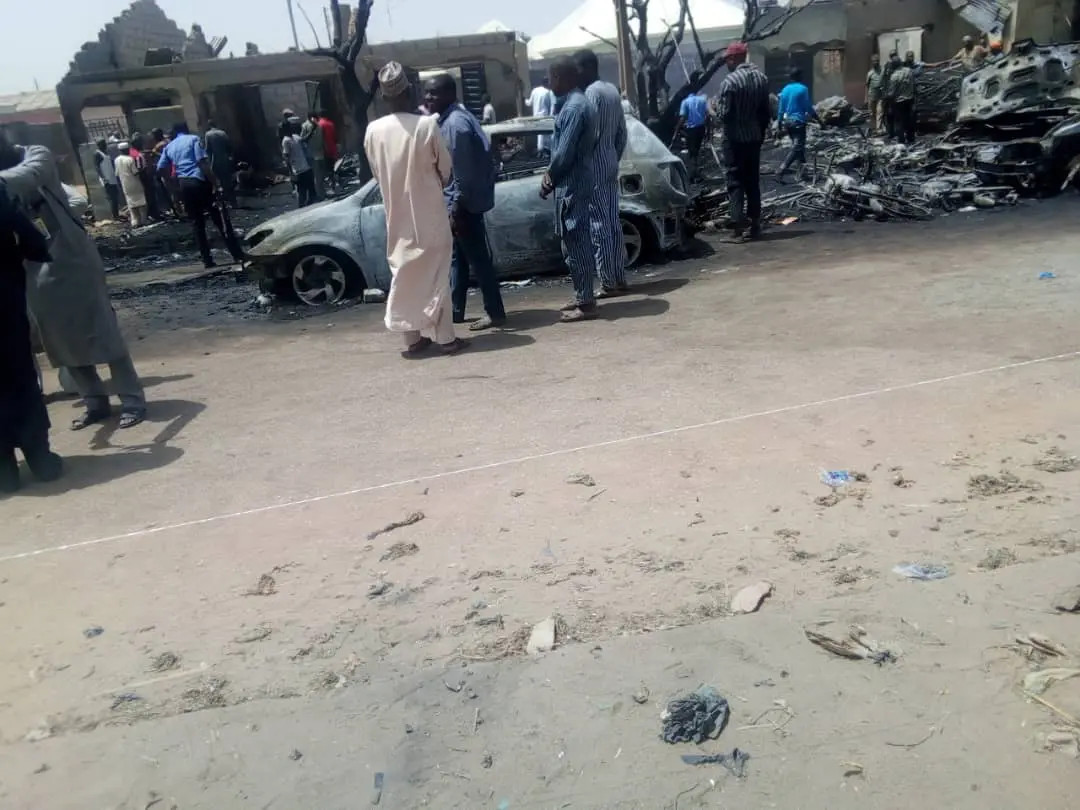 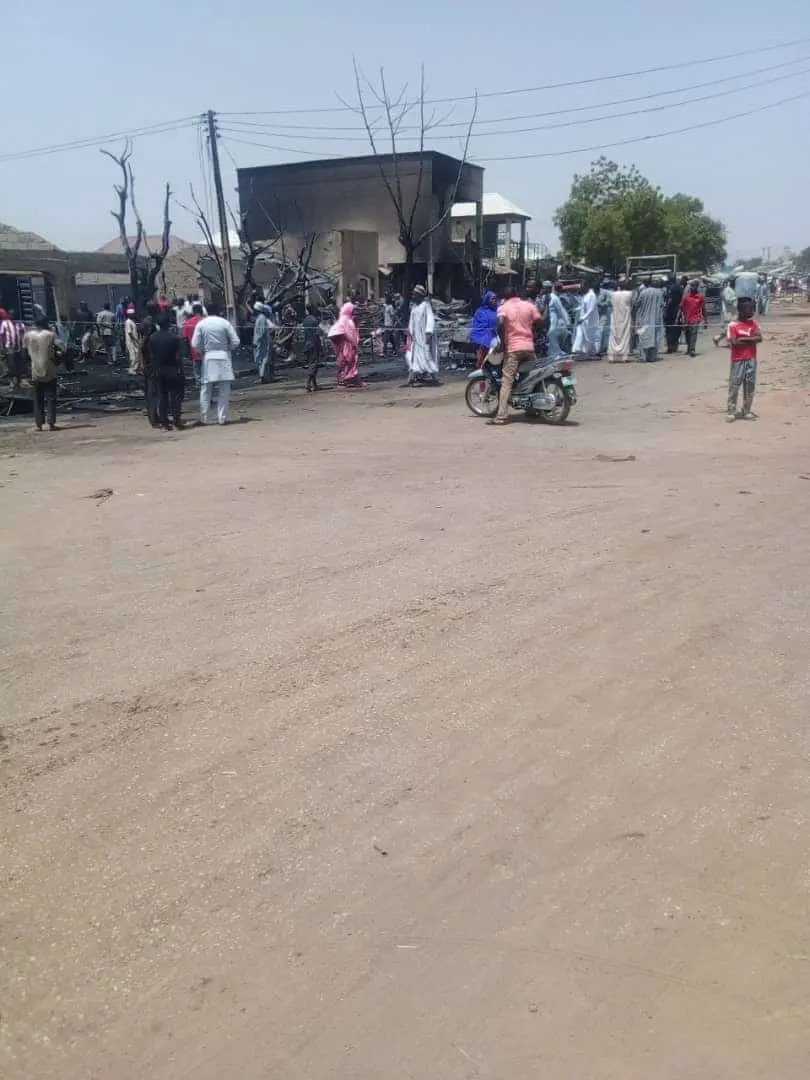 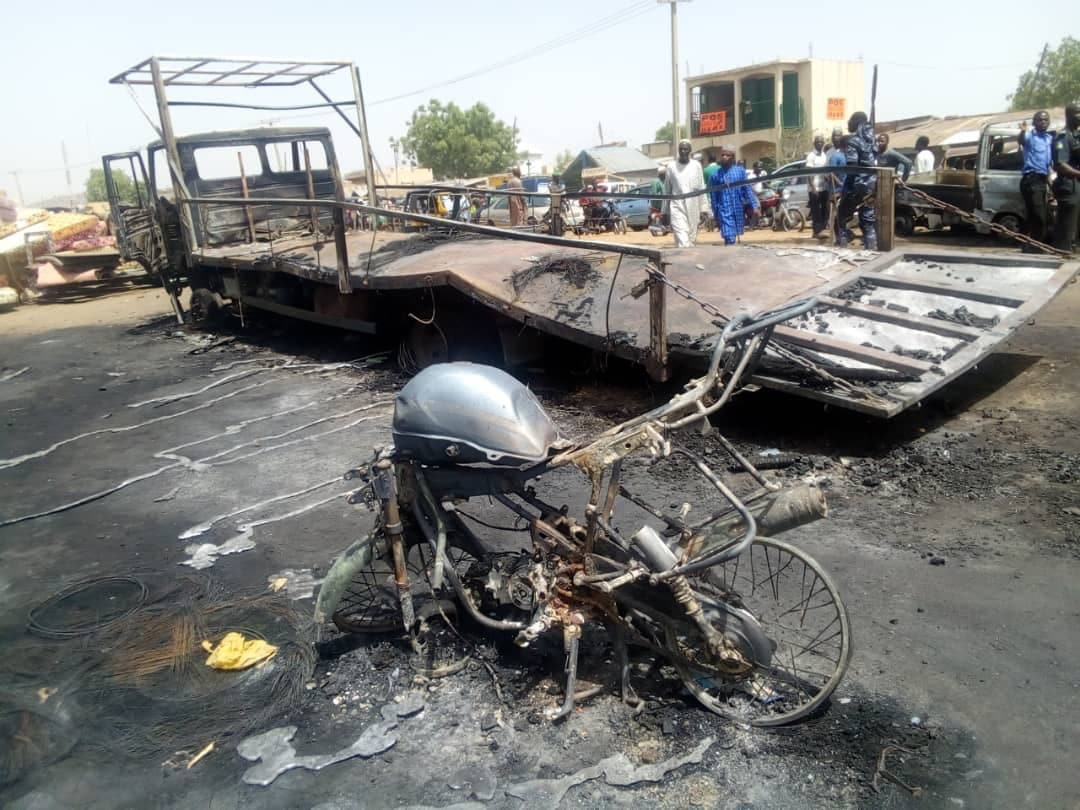 Posted by makarella at 6:21 PM