Nigerians have hailed Editi Effiòng for hinting the NCDC about possible coronavirus cases in Akwa-Ibom. 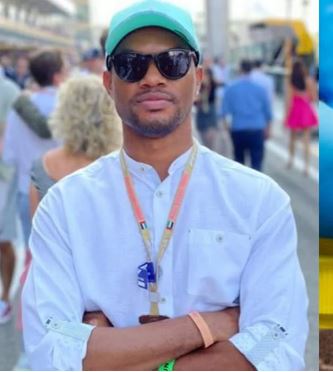 
Akwa Ibom has recorded its first 5 new cases of Covid-19 and Nigerians are hailing Editi Effiòng on social media for calling the attention of NCDC to some possible cases in the state.

On the 28th of March, 2020, Editi Effiòng took to his social media page to call on NCDC to carry out tests for some individuals who are sick and he believes they have been exposed to an American doctor who possibly had COVID-19 in Akwa Ibom.

He wrote on his page;

Dear @NCDCgov, I beg of you, I have personally identified 15 potentially exposed people in Akwa Ibom. We need to test. People are sick!

We suspect they had contact with US doctors who visited for medical outreach and say about 800 patients.

Most affected are local medics.

On Monday the 30th of March, 2020, he further revealed that test samples have been taken from some of the people he identified. he wrote;
I can confirm the first set of test samples has been collected in Uyo. Grateful for everyone who worked to make this happen. cc
@NCDCgov

I can confirm the first set of test samples has been collected in Uyo. Grateful for everyone who worked to make this happen. cc @NCDCgov

The latest update at 8 pm on Wednesday, April 1st, the Nigeria Centre for Disease Control, NCDC, revealed that 5 new cases of the COVID-19 has been identified in Akwa Ibom making the number of infected individuals in the country 174.

Nigerians have now taken to their pages to hail Editi. See some posts below;
@EditiEffiong was right Let’s not play politics with our lives. Money and politics will diminished with time but our integrity remains. –

Let’s wait till @aksgovt confirm it, it might be a plot by @EditiEffiong to sell test kits. Now see where we are? A fly that doesn’t listen…. He warned yoy people, but he wasn’t in the system so nobody listened. – @anwan_ab

Not everything is politics. @EditiEffiong personally tracked some people in Akwa ibom state that attended a medical outreach about a week ago and notified @NCDCgov but instead of the state swinging into action he was bashed. Thanks Editi for speaking up regardless. – @Gideonbriggs

@EditiEffiong it’s more painful & very disappointin when it’s ur own people that don’t believe u and raise Propaganda against u, when trying to help them, now see what have happened. God bless u for ur responsiveness even if they kept on talkn bad against you. God bless u 4 us – @Editi_GM
Posted by makarella at 11:41 AM