Mr Mohammed, who was the COVID-19 index case in the state, said he was treated with “chloroquine and Zithromax.” 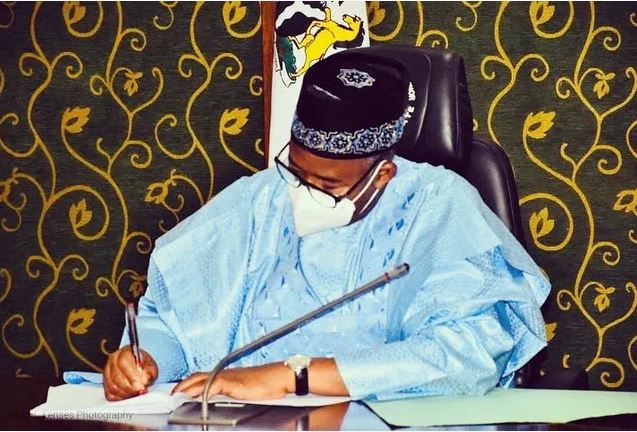 Bauchi State Governor, Bala Mohammed (PHOTO: Official Twitter Page)
According to PREMIUM TIMES, the Governor of Bauchi State, Bala Mohammed, on Wednesday said he has authorised the use of chloroquine as a medication for the treatment of COVID-19.


Mr Mohammed, who was the COVID-19 index case in the state, said he was treated with “chloroquine and Zithromax.”

The governor, who disclosed this while providing an update on COVID-19 in the state, at the Government House, Bauchi, said he would take responsibility for any consequences of approving such drugs.

“Our medical team is using their own ingenuity to use chloroquine and Zithromax to treat the patients, even though in some places, they said it is against the protocol,” he said.

“As the governor, I’m taking responsibility for that because I don’t want anyone to die.

Addressing the health officials directly, Mr Mohammed said, “I have given you the directive that you must use something that I have used to get well, just as you have used for all other cases that got well.

“Rather than saying that something is harmful, we should not follow what the white people are saying by not taking anything and die.

“Zithromax and chloroquine are not harmful to our body, our physiological system has adapted to it. If you are having a fever you take chloroquine.”
Posted by makarella at 5:08 PM