In what will come across as a really shocking development, a woman has poured hot water on her husband in Onitsha. 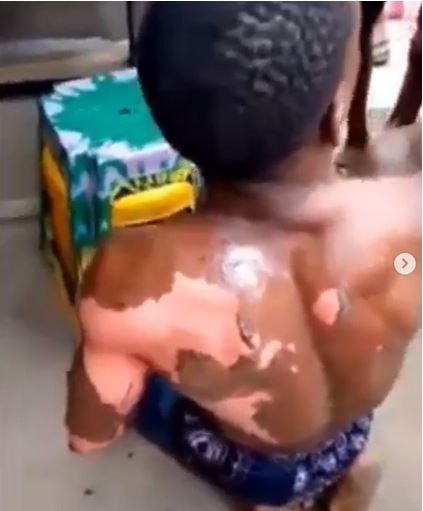 The man was bathed with hot water
It was a really tragic incident that occurred today at Stuart Young Street in Odoakpu, Onitsha after a wife reportedly poured hot water on her husband after a heated argument.


In a video which has gone viral on social media, the man who was left with burn injuries was heard screaming in pain while being fanned by some residents of the neighbourhood.

"Wife pours hot water on the husband after a heated argument this morning at Stuart young street odoakpu onitsha Anambra State"
Posted by makarella at 8:16 PM