Heartbreaking! Man Commits Suicide After Wife Told Him Their Only Child Was Fathered By A Stranger

Deeply saddened to find out that his 'only child' was not actually his son at all, a Nigerian man has killed himself. 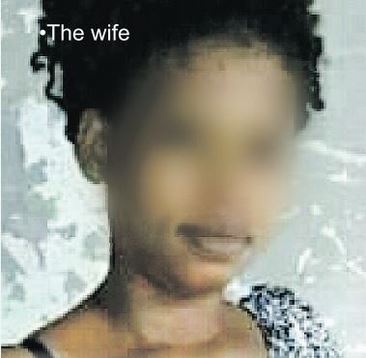 It is naturally a nightmare for a man to be told by his wife that he is not the father of their child or children. And the case of Jacob Numku, a farmer and petty trader from Toto community in Nasarawa State, was not any different. He decided to end it all after a shocking declaration by his wife that their only child was fathered by another man.


The entire Numku family is in turmoil with the revelation by Juliet that their five-month-old baby was actually fathered by a young man named Uchena, whom she had met in the course of business. Although Numku had become depressed and withdrawn in the days following the shocking revelation by Juliet, no one in the family suspected that he could go to the extent of taking his own life.

The shock of his only son being fathered by a stranger was said to have been compounded by Juliet’s open declaration that she prefers to spend the rest of her life with Uchena because of the satisfaction she got from sleeping with him.

Juliet told our correspondent that she decided to have a flick with Uchena, a petty trader, because her deceased husband could not father a child after their 12 years in marriage and was not taking any serious step to address the anomaly.

Juliet was said to have become pregnant for Uchena about eight months after they started a romance. Her pregnancy was celebrated by Numku as well as family friends and neighbours who all thought that her husband was responsible for the pregnancy.

Events,however, took a different turn when five months after she was delivered of a baby boy, Juliet travelled to Keffi on the pretext that she needed medical attention at the Federal Medical Centre (FMC). But once she was out of town, she put a call through to Numku and bluntly told him that he was not the father of their only baby and that she was on her way to Keffi to return the baby to his biological father.

Narrating his ordeal in an interview with our correspondent in Toto two weeks before he committed suicide, Numku recalled that he was overwhelmed with joy when the child he thought was his own was placed in his arms for the first time about four months ago and vowed to be a wonderful father.

He recalled amid sobs the day his wife left home for Keffi, telling him that she was going to the hospital, only to call him on the phone moments later to tell him that he was not the biological father of the child and that she had decided to return the child to the rightful owner.

Numku had said: “To say that I am devastated is an understatement. There are no words to aptly describe the loss that I feel.

“After grappling with infertility for more than 11 years, I thought I was finally a father. I lived with the pains of the pregnancy and I was there at his birth.

“It was the most incredible moment of my life. I called friends and relatives to tell them the good news that my pains and shame were over. I never knew that I was celebrating somebody else’s child.

“When she told me that she had missed her period, I was happy. And when the child arrived, I was overwhelmed with emotion as I announced to whoever cared to listen that God had finally answered my prayers, only for me to find out that he is not really mine.

“It is a huge loss akin to a bereavement except that the grief is twisted, even magnified, because he is not dead.

“I am no longer a father. I am left with not only a bleak chasm of loss but also an enormous sense of betrayal.

“Her delivery was the proudest moment of my life, but she knew from day one that I was not responsible for the pregnancy. Today, there is no longer the usual cry of a baby in my house.”

‘I only told him the truth’
In a telephone conversation with our correspondent before Numku’s death, Juliet admitted that the deceased was her husband but he was not the father of her son.

She said: “Yes, he was my husband but he was not the father of my son. That is the truth and I can’t hide it from him.

“We stayed together as husband and wife for 12 years without a child. I did everything humanly possible for us to go to the hospital but he refused, and his only excuse was that God would bring a child at the appropriate time.

“The truth is that we never had any intercourse during the period I took in, so what made him to think he is the father?

“In the course of my business, I met a young man; he toasted (wooed) me and in view of all the odds, I agreed and submitted myself to him.

“During this period, I made sure that my husband did not even see my pant. There was an opportunity and I wanted to test another man to know where the problem lied. The guy was actually giving me the needed satisfaction and in less than nine months, he was able to impregnate me.

“It is better I tell him this early because I am no longer interested in the marriage. If he wants, let him to go to court. I will bring the child for a DNA test to be conducted to prove what I am saying.

“The truth is that the man (Numku) never slept with me during that period, so it is not possible for him to be responsible for the pregnancy.”

The woman also linked our correspondent with Uchena on the phone, and he said: “I only got to know that the woman was somebody’s wife when she was about to put to bed. I could not have ‘toasted’ somebody’s wife.

“I blame her seriously for misleading me into sleeping with her; I never knew she was somebody’s wife. I am the biological father of the boy and I have taken him. It is unfortunate but there is nothing I can do. It is my blood.”

It was gathered that two weeks after Numku narrated his sad experience to our correspondent in Toto, he could no longer bear the reproach he felt from his wife’s action, hence he committed suicide by hanging.
It’s unfortunate he thought suicide was the solution —Brother
Speaking to our correspondent, his younger brother, Danjuma, said: “It is unfortunate that he decided to kill himself because of a woman. What is the big deal in a woman telling you that you are not the father of her son?

“He claimed to be a man of God, but look at what he has done? Since the thing happened, I have been advising him to let it go, that it had happened to so many people and they moved on.

“He looked so worried about it that every day, I would advise him to calm down and forget about the woman.

“But since he feels that killing himself is the solution to the whole problem, so be it.”
***
Source: The Nation
Posted by makarella at 1:48 PM