This is a list of footballers who have tested positive for the rampaging coronavirus. 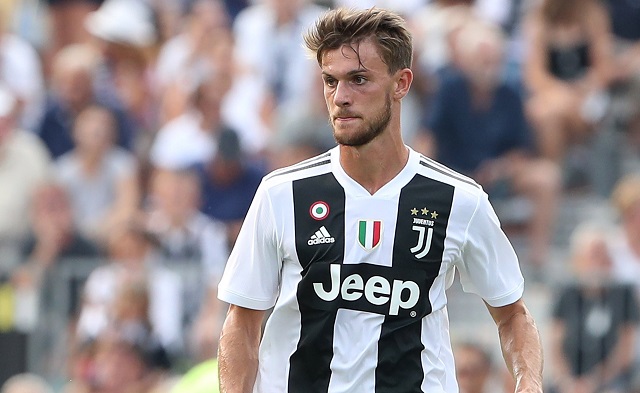 Daniele Rugani is one of the players who have contracted coronavirus
A host of players tested positive for coronavirus in the English Premier League, La Liga, Serie A, and Bundesliga among others.


While some of the players have recovered, others are still battling with the virus, among them is Juventus’ Paulo Dybala.

Callum Hudson-Odoi
The 19-year-old Chelsea player displayed symptoms similar to a mild cold on March 12 but confirmed positive on March 13.

The PUNCH gathered that he is the first Premier League player to test positive for coronavirus.

Rugani, who also plays for the Italian national team, is the first player in the country’s top football league to test positive for the virus.
Blaise Matuidi

The World Cup winner with France in 2018 is the second of Juve’s players to test positive after Daniele Rugani.
According to reports, he is still battling the disease. Dybala has tested positive for coronavirus for the fourth time in just six weeks.

The Juventus forward confirmed to his over 37.9million Instagram followers on March 21 that both he and girlfriend Oriana Sabatini had caught the disease.
Ezequiel Garay
Valencia on March 15 announced that five people among the players and staff at Mestalla tested positive for coronavirus, including defenders Ezequiel Garay and Eliaquim Mangala.

The Argentine centre-back Garay, who was due to miss the rest of the season after undergoing surgery on a ruptured anterior cruciate ligament last month, also confirmed his status on Instagram.

Fellaini took a routine test upon his arrival in the Chinese city of Jinan, where he has played for Shandong Luneng since leaving United in January last year. His status was announced on March 22.
Paul Akpan Udoh
He is an Italian-Nigerian footballer who plays for Pianese in Serie C.

The 22-year-old player is believed to be the first case of a footballer in Europe to be infected with the coronavirus on February 28.
Timo Hubers
In Germany, Hannover defender Timo Hubers tested positive for coronavirus on March 12.

The club believe the 23-year-old contracted the virus at an event in Hildesheim.

On March 21, tragedy struck when former Real president Lorenzo Sanz died after contracting the virus.
***
Source: The PUNCH
Posted by makarella at 7:59 PM