Hours after the President tested negative to coronavirus, the test result of the vice president has been released. 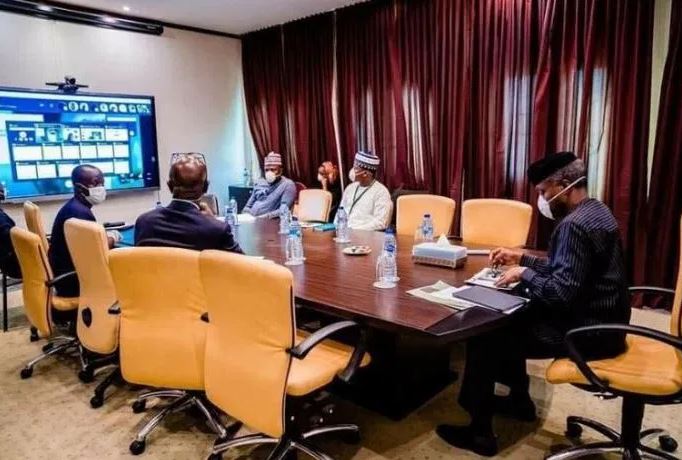 Vice President, Osinbajo Test Result  For Coronavirus  Released
Vice President Yemi Osinbajo has tested negative for coronavirus, 24 hours after he went into self-isolation following fears he could have physically interacted with some persons who tested positive.


In a tweet by Senator Babafemi Ojudu, Special Adviser to the President of Nigeria on Political Matters the Vice President results have returned negative.

Mr Laolu Akande, Senior Special Assistant, Media and Publicity to the Vice President had on Tuesday disclosed that Prof. Osinbajo has begun social distancing and self-isolation.

“VP Osinbajo yesterday at the office conducted his meetings via video conferencing while observing social distancing.

“Today, he continues his work from the home office, as he is in self-isolation in accordance with NCDC protocols,” he tweeted Tuesday evening.

As at Wednesday morning, the total number of confirmed cases in Nigeria had swelled to 46 following the announcement of two new cases in Osun and Lagos by NCDC.
Posted by makarella at 10:30 AM