A 15-year-old girl has lost her life after she was allegedly shot by custom officers during a hot chase with smugglers. 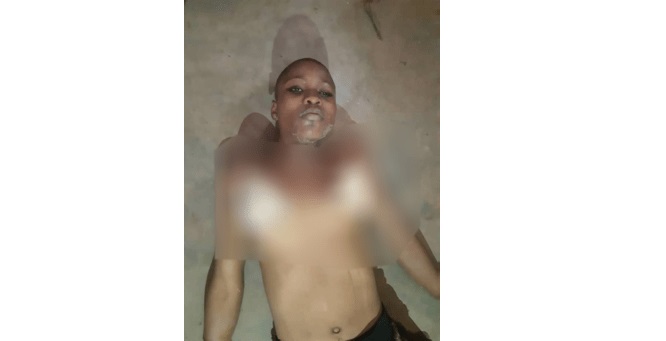 The Victim, Sekinat Agbelade
Officers of the Nigeria Customs Service have been accused of shooting and killing a 15-year-old girl identified as Miss Sekinat Agbelade while chasing a rice smuggler in Agosasa community in Ipokia Local Government Area of Ogun State.


Agbelade who died at a private hospital in the community on Saturday March 28, was running an errand before being hit by the stray bullet from the men of Customs Service.
Ogun state Police spokesperson,  Abdulahi Maiwada confirmed the incident but said he doesn't have the facts.

An eyewitness told New Telegraph that the Customs officers were chasing a purple Toyota Camry which was allegedly driven by a suspected rice smuggler. After arresting the suspect, they reportedly started shooting indiscriminately.

The eyewitness said;
“Everything happened about 1p.m. on Saturday and aside Sekinat who died, two other people, 55-year-old Oluwole Oladosu and Saliu Babalola, were also injured by stray bullets.

“The incident happened in Agosasa area. The Customs were chasing a smuggler and the exact place is called Ita-Sango. They were able to intercept the smuggler with his smuggled goods and a series of things happened and they started shooting indiscriminately. The surprising thing is that they started shooting sporadically at the people even after intercepting the smuggler.
“It was in the process that this lady, who was sent on an errand, was hit by a bullet. Even with the bullet on her, she was making effort to run but she became weak.

“There is one 55-year-old Oluwole who saw the lady wriggling in pain because of the bullet wound and made an effort to rescue her.  But these Customs officers, who had already moved the smuggled car, turned back and shot him for daring to save the young girl.

“The lady was taken to Olutunu Hospital at Agosasa where Dr. Fatokun made frantic efforts to salvage her life but she had lost a lot of blood because of the bullet wound and she died along the line."
Posted by makarella at 1:03 PM