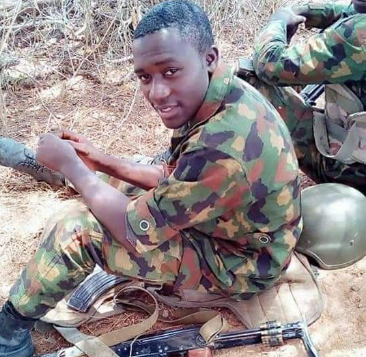 A Nigerian soldier, Haruna Banana, was killed during an attack in Damboa, Borno state yesterday Wednesday March 4th. The sect members stormed the community in the early hours of yesterday, shooting sporadically.

Dogo Shettima, an aide to Borno state governor, Babagana Zulum, took to his Twitter handle to announce Haruna's death during the attack. See his tweet below. 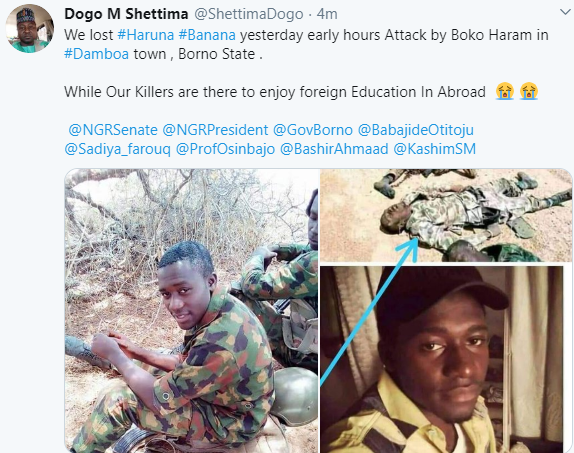