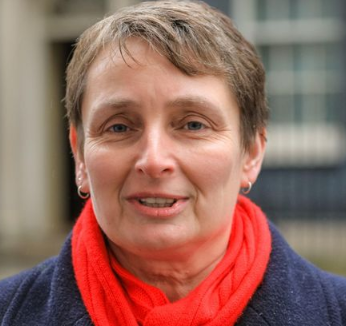 Kate Osborne took to Twitter this morning to announce that she tested positive for the coronavirus.

The Labour MP, who has only been an MP since December, is the second British MP to contract coronavirus as another 16 self-isolated themselves.

Jarrow's Kate Osborne was diagnosed after Health Minister Nadine Dorries, 62, who is recovering at home after testing positive last week.

She tweeted: "I will continue to self isolate until I have fought off the illness, but in the mean time I would encourage everyone to band together and support the most vulnerable in our communities." 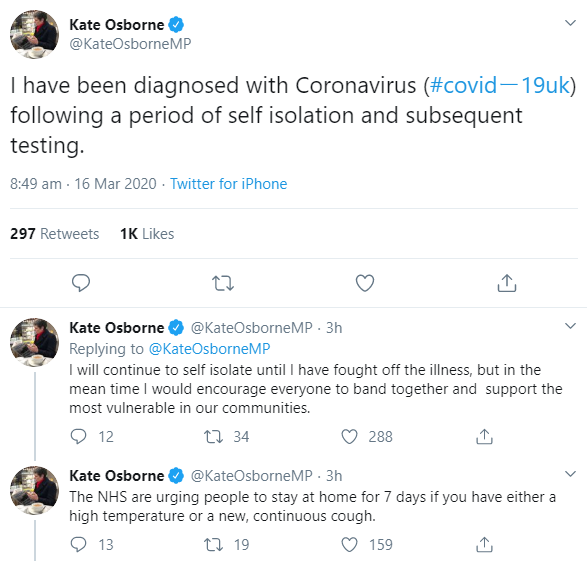 She continued: "Just to clarify, I was tested before the government changed their policy on Thursday and I received my results last night." 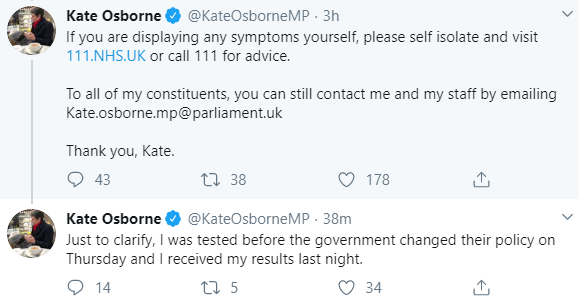 Ms Osborne, who worked for Royal Mail for the last 25 years, was elected to represent Jarrow in the 2019 election.
Posted by makarella at 4:18 PM