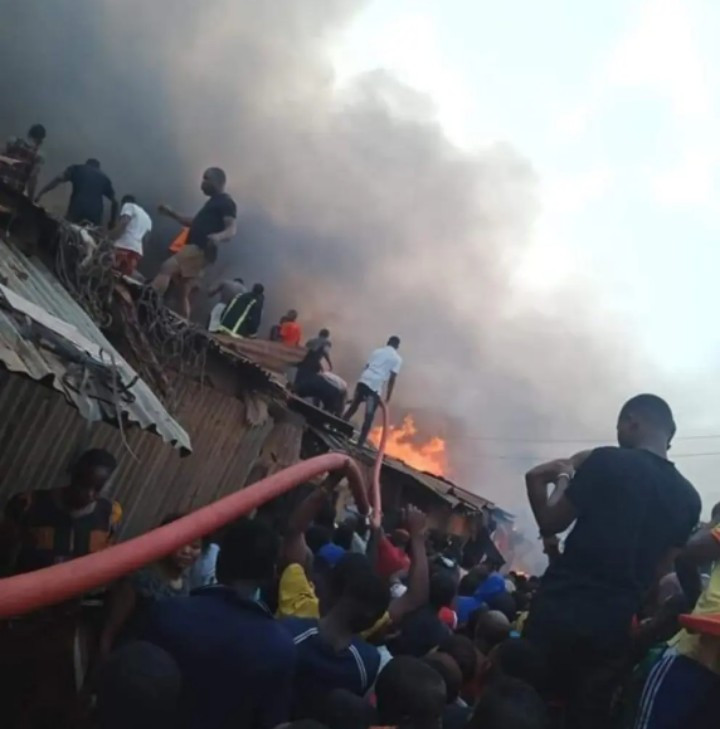 Shops and goods worth millions of Naira were destroyed after fire gutted Otukpo Main Market in the early hours of today March 16.

Federal Fire Service said they arrived at the scene at 4am today to combat the inferno.
@Fedfireng tweeted: "At exactly 4:00 hours, today 16/03/2020, Men of the Federal Fire Service, Zone A division, turned out to combat a raging inferno at the Main Market, Otukpo, Benue State. Fire was successfully extinguished." 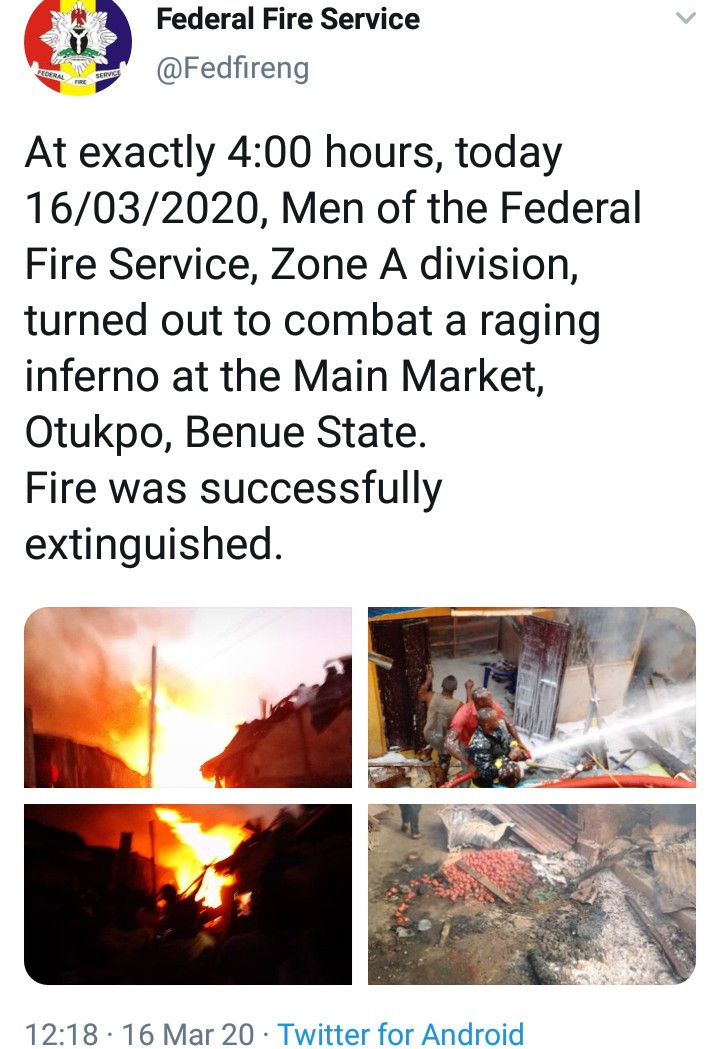 However, someone whose mother's shop was affected by the fire claims the fire service didn't show up till 8am. 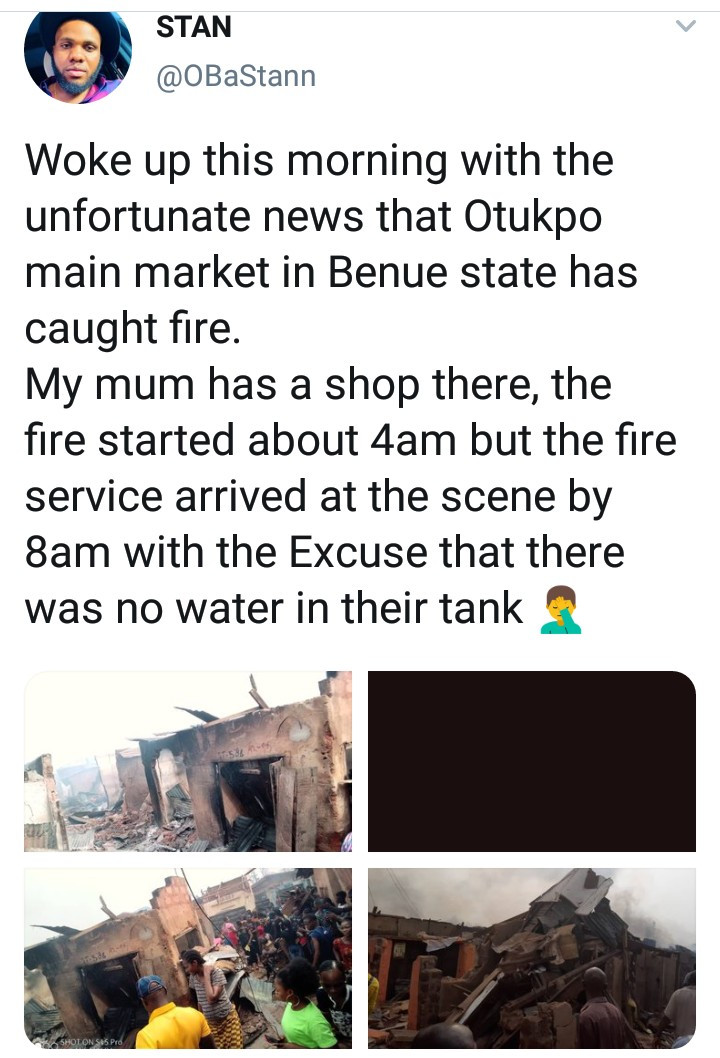 Photos and videos shared online show concerned residents and shop owners doing everything they could to subdue the flames that continued raging hours after it began. 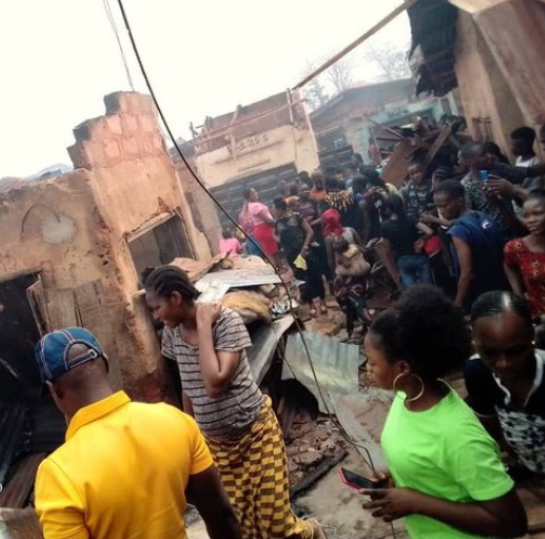 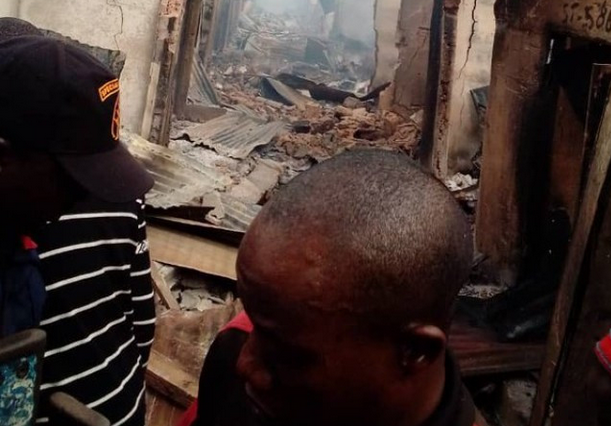 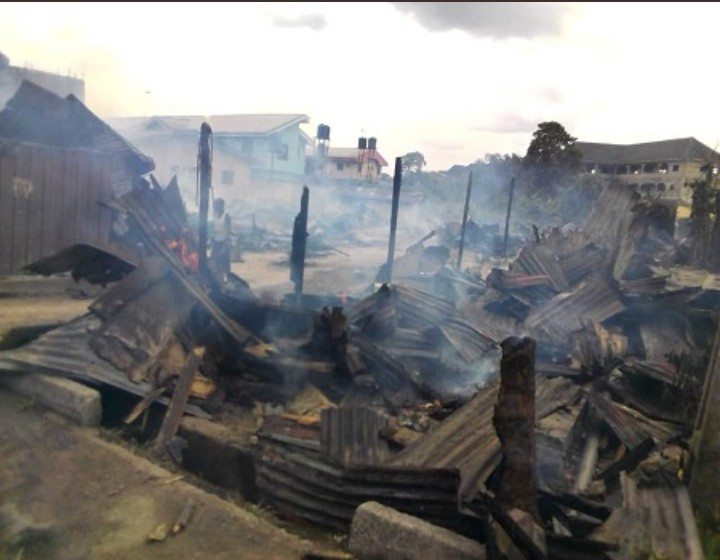 Some online reports claim that asides the loss of shops and properties, people were also injured in the blaze. 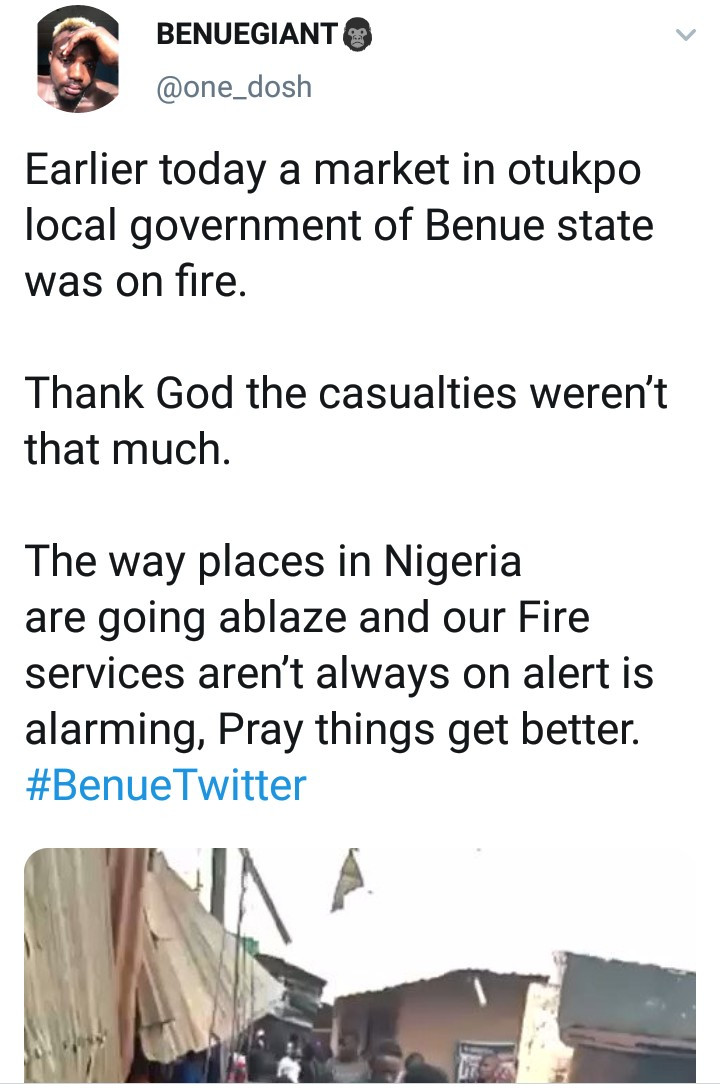 Below are more videos from the scene. 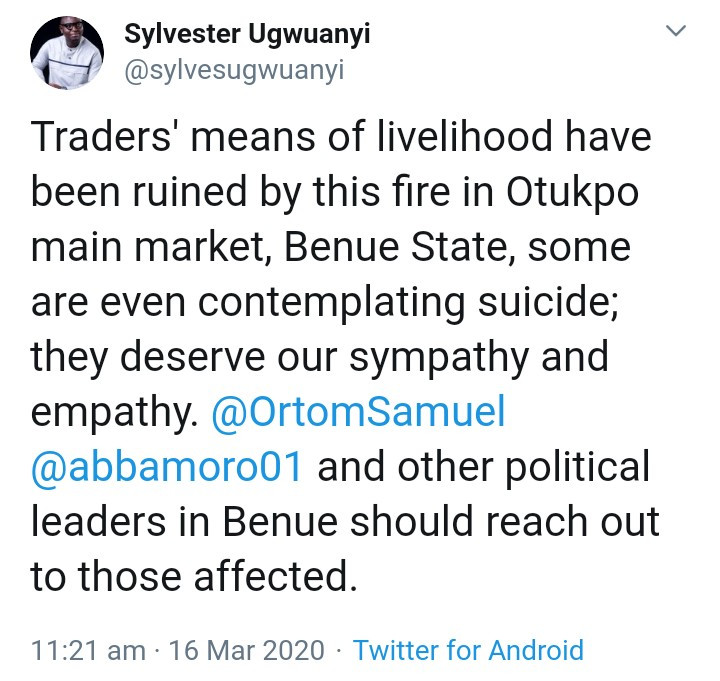 Otukpo main market early this Morning...God What is happening to this country 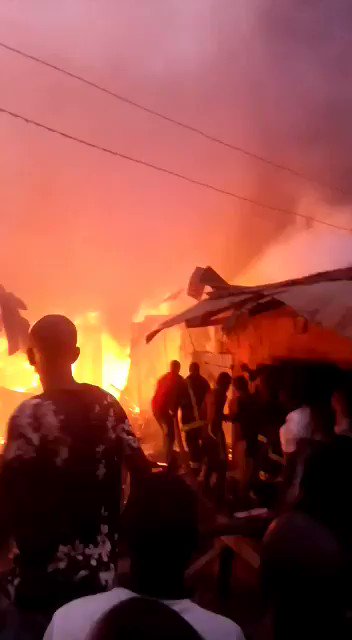 @one_dosh
Earlier today a market in otukpo local government of Benue state was on fire.

Thank God the casualties weren’t that much.

The way places in Nigeria are going ablaze and our Fire services aren’t always on alert is alarming, Pray things get better. #BenueTwitter 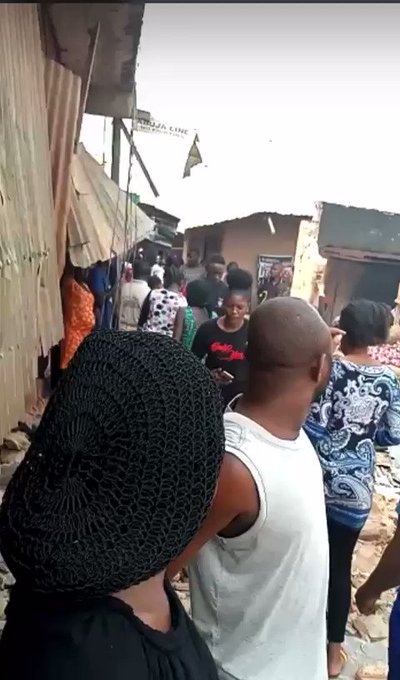 20 people are talking about this
Posted by makarella at 4:54 PM