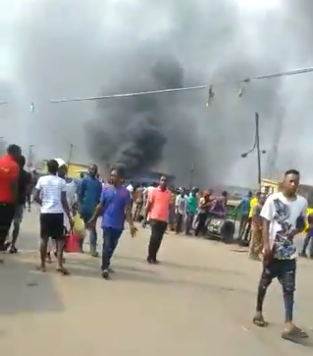 There was pandemonium in Iyana Ipaja this moring as bike riders and task force clashed due to the okada and keke ban in Lagos.

In videos shared online, people can be seen running for their lives as the riot broke out. Aggrieved Lagosians also lit tyres and planks on fire during the riot.

Thick black smoke rose to the sky as the riot was underway. There have also been reports of shootings in the area. 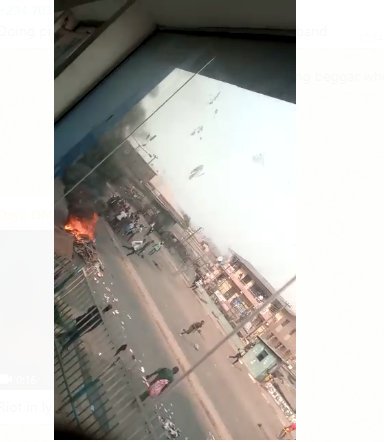 Posted by makarella at 1:42 PM