There was serious drama on Tuesday as soldiers and officials of the Lagos state clean-up committee attacked each other over a disagreement. 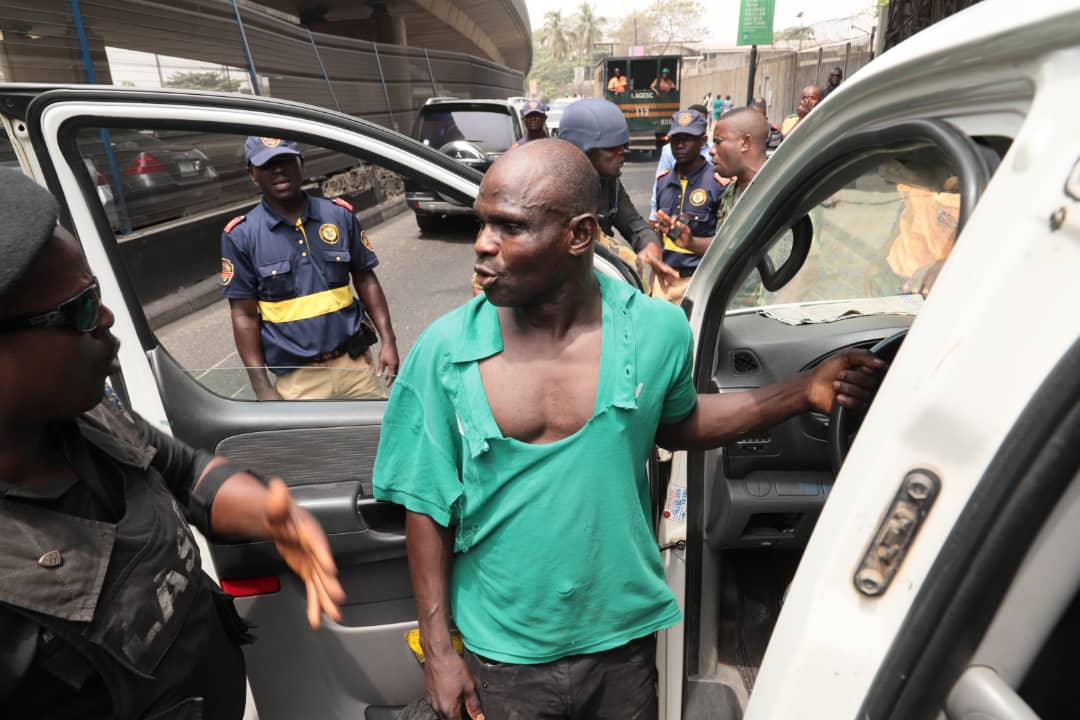 Soldier beatup Lagos state government officials
Some military personnel have been caught on camera assaulting the enforcement team of the Ikoyi/Victoria Island Clean-up Committee of the Lagos State Government.
According to Punch, the sad incident happened at the Bonny Camp on the Victoria Island.
In a statement on Wednesday, the government said the team had been conducting daily raids on the area.
The officials were said to have on Tuesday visited the roundabout and under the bridge opposite the Bonny Camp, which served as a store and distribution point for goods sold on the streets.
The statement said, “Immediately the exercise commenced, the operatives were confronted by some uniformed military personnel, who prevented them from seizing the items and taking them away.

“The military personnel, some of whom were in mufti, questioned the audacity of the Lagos State Government officials to conduct raids near a military facility and resorted to beating up all identified officials of the state in sight.

“The action of the military men emboldened some of the street traders, who resorted to hurling stones and other dangerous items at the officials, who were on official duty.

“Attempts were made to smash the video camera of one of the television stations attached to the enforcement team, while a public affairs officer was also assaulted and had his mobile phone damaged.”
The Chairman of the Committee, Mr Tunji Bello, expressed sadness at the action of the uniformed men.
Posted by makarella at 12:13 PM