In the video, the alleged kidnap kingpin, was sitting on a sofa and confessing to Haruna about various kidnappings he masterminded. 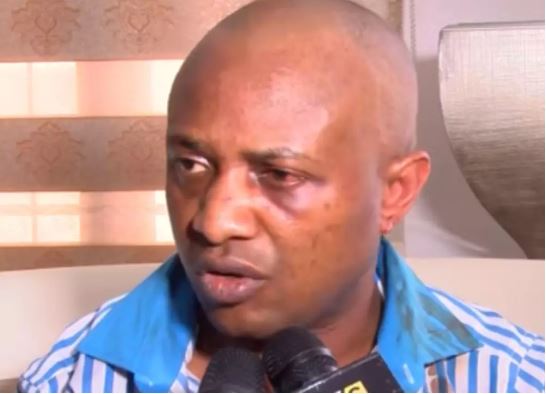 
News Agency of Nigeria (NAN) reports that the video was played in the courtroom during the cross-examination of the Investigating Police Officer (IPO) Insp. Idowu Haruna by Mr Emmanuel Ochai, the defence counsel to Victor Aduba, one of Evans’ co-defendants.
In the video, the alleged kidnap kingpin, was sitting on a sofa and confessing to Haruna about various kidnappings he masterminded.
He gave the details of his alleged victims who mostly paid ransoms in six-figure foreign currencies with the exception of two alleged victims who paid ransoms of $1 million and $2 to 3 million each.
In the video, Haruna who is also a member of the Inspector General of Police Intelligence Response Team (IRT) asked Evans how he mapped out strategies to kidnap his alleged victims, Evans while smiling, replied simply “when you see someone that has money you will know”.
Evans in the video told the IPO that he knew that the individuals he and his alleged gang members kidnapped will pay the ransoms even if it involving selling their property to raise the funds.
Evans explained that through a contact who was in prison, he was able to procure arms for his kidnap operations.
He said in the video that a pharmaceutical boss, Mr Donatius Dunu who had already paid a ransom of 223,000 Euros had not finished paying the ransom in full before escaping and alerting the police.
Evans said that Aduba who is a dismissed Army Officer, accompanies him during kidnap operations noting that Aduba was involved in the botched kidnap attempt of Chief Vincent Obianodo, the Chairman of The Young Shall Grow Motors.
He however admitted in the video that Aduba did not participate in the kidnap of Dunu.
After the video was played, Ochai told Haruna that Evans never identified Aduba (sixth defendant) as a participant in the kidnap of Dunu.
Responding Idowu said, “According to information the victim (Dunu) gave to police, kidnappers that came to abduct him were in army camouflage.
“This collaborated the information provided by the kidnap kingpin that most of the kidnapping he carried out were with the participation of the sixth defendant and that the sixth defendant did not participate in the kidnap of Dunu.”
Following the cross-examination of Haruna, the prosecution closed its case against Evans and his five co-defendants.
Earlier during the trial, Idowu while being led in evidence by the state prosecutor, Mr Adebayo Haroun, explained how Evans spent the ransoms he allegedly received from his victims.
“The investigation carried out revealed that the ransoms collected by the first defendant was used in purchasing a house at Fred Shoboyede Road, Magodo, where he was arrested.
“He purchased a second house at Emmanuel Keshi St., Magodo and another property in Accra, Ghana.
“He used part of the ransom to establish himself in the haulage business and some of the trucks he bought with the ransoms were recovered by police. He also bought some landed property in Anambra State,” Haruna said.
Evans is standing trial alongside Uche Amadi, Ogechi Uchechukwu, Chilaka Ifeanyi, Okwuchukwu Nwachukwu and Victor Aduba over the alleged kidnap of Dunu who is the Chief Executive Officer of Maydon Pharmaceutical Ltd.
The six defendants were arraigned on Aug. 30, 2017 on two counts of conspiracy and kidnapping.
According to the prosecution, they allegedly kidnapped Dunu along Ilupeju Road, Lagos on Feb. 14, 2017 and collected 223,000 Euros (N100 million) as ransom from his family.
Four witnesses including Dunu had testified during the trial on behalf of the state.
Posted by makarella at 9:34 PM