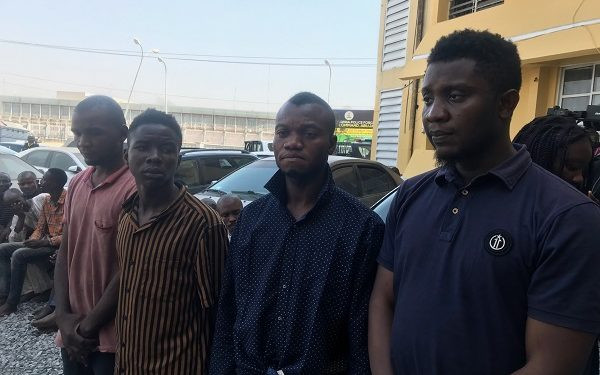 The Abuja police command today paraded the suspects in last Saturday December 28th bank robbery incident in Mpape, a surburb in the the FCT. One of the suspects, Larry Ehizo, is a Customer Relations Officer in a bank. 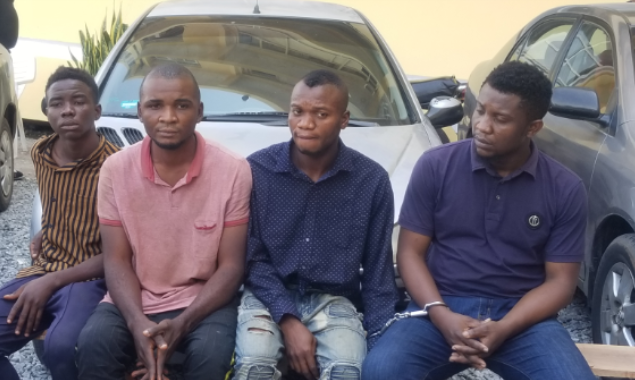 The robbers stormed the bank with the intention to cart away money but surrendered after one of their gang members was killed by the security operatives.
Larry led three other accomplices namely, Timothy Joe, 21, Princewill Obinna, 24 and Elijah David, 19, to the bank in an attempt to steal a huge sum of money.

Larry who planned the robbery also drove his cohorts to the bank in his car and gave them directions on how to access the vault. He told the police that the mastermind of the robbery, one Ernest, who is at large, had threatened to kill his family if he did organize the robbery incident.
Posted by makarella at 7:19 PM