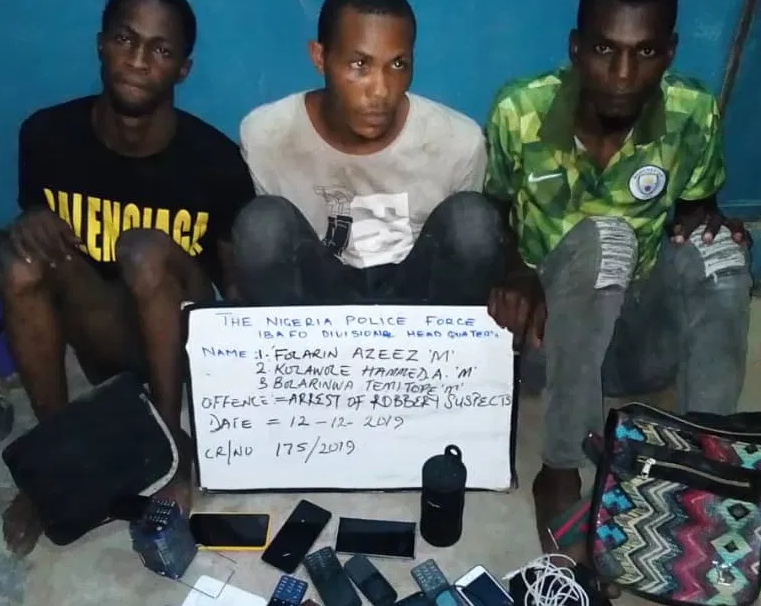 An armed robbery gang attacked a hospital in Ogun State and stole from the patients and staff present.

The armed robbers attacked the private hospital in Ibafo community, Obafemi-Owode Local Government Area of Ogun State and dispossessed patients of their belongings.

The Ogun State Police Command Public Relations Officer, Abimbola Oyeyemi, who confirmed the incident on Sunday said the armed robbers attacked the Riverside hospital at Omolaja Odunbaku in the community, subjecting patients and their relatives, as well as staff, to mental torture.

He said a distress call was made to the Ibafo Division, and in quick response, the Divisional Police Officer, Abiodun Ayinde, led the anti-robbery squad to the scene. He said the gang on sighting the police took to their heels and escaped into a nearby bush. Oyeyemi said the police did not relent in efforts to apprehend the runaway suspects, who were later arrested where they were hiding in Shamawa town in Sagamu Local Government Area of the state.

He gave the identities of the suspects as Folarin Azeez (aka Hyper) 25, Temitope Bolariwa (aka Tincan), 24, and Kolade Ahmed (30), adding that items recovered from them are: 12 different types of Android and iPhones as well as wrist watches which the victims later identified as their stolen properties.

The police spokesman said while investigation was ongoing, the command got information about earlier robbery escapades of the suspects somewhere in Osun State. Meanwhile, the Commissioner of Police, Kenneth Ebrimson, has ordered the immediate transfer of the suspects to Special Anti Robbery Squad (SARS) for investigation into their various robbery activities.
Posted by makarella at 7:11 PM