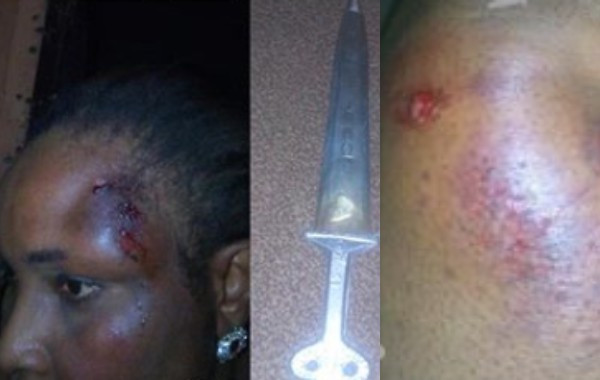 A Nigerian lady who is quite thankful for life, took to Facebook to narrate how she was pushed out of a moving vehicle by one-chance operators she overpowered.

Sharing photos of the injuries she sustained, Linda Akudo Nwachukwu revealed that the incident occurred on December 23. The Facebook user revealed that her struggle with her attackers began just after she was asked the church she attends.

I have come to return all the glory to our Lord Jesus Christ who saved my life from the hands of this one chanced people.  I boarded Keke Napep on my way home on 23rd been yesterday night, it was just myself and one other guy at the back, on our way going the guy at the back as me...madam....'which church you dey go' I turn and look at hime at his repeated the same queston now with a harsh voice, while he was asking me the question I now concentrate on his hands on his pocket and I found out that he was trying to bring something out.
I didn't waste anytime than to rush his hands while he was struggling to bring the object out, I needed to know if it was gun or tagger, at this I hard no other option than to struggle the tagger with hin in other to safe my life and belongings.
To cut the long story short, God gave me the strength and courage to face him, when they found out that I have created so much awareness they decided to push me out of the running keke....
Brethren please join me to glorify the name of this great God who never allow my family and loved ones to mourn because of me at this festive period, with a grateful heart, I said may His name alone be praised now and forever. 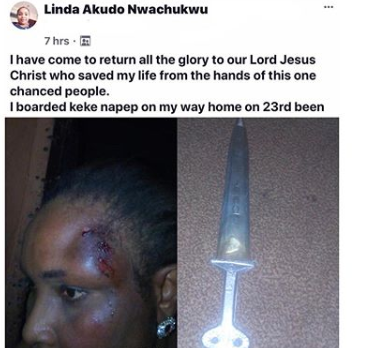 Posted by makarella at 3:36 PM