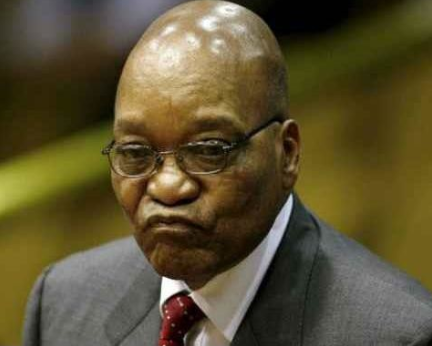 A street named after former South African leader Jacob Zuma, has been renamed in Imo State.

Jacob Zuma Road in the capital of Owerri will now be known as Chief Mbazuluike Amaechi road. Chief Amaechi is a First Republic parliamentarian and minister. Governor Emeka Ihedioha announced the rechristening today at an occasion to mark Amaechi’s 90th birthday.
The naming of the dual carriage way after the former South African president by former Gov. Rochas Okorocha attracted public condemnation against the administration. Ihedioha described Amaechi as an icon, whose contributions to nation building should not be ignored.

“Dr Amaechi is an icon, one of the founding fathers of the nation, whose contributions to nationhood should not be overlooked.
“Amaechi remains an inspiration, who stood and defended those principles that remain valuable to nation building,” the statement further read.

Amaechi, a native of Ukpor in Nnewi South Local Government Area of Anambra, was a member of the House of Representatives in 1959.
Posted by makarella at 2:29 PM