Atiku And Son Banter On Twitter Over Arsenal's Loss To Chelsea, See Reactions

Nigerians have reacted after former vice president, Atiku Abubakar was teased by his son following his team's loss to Chelsea. 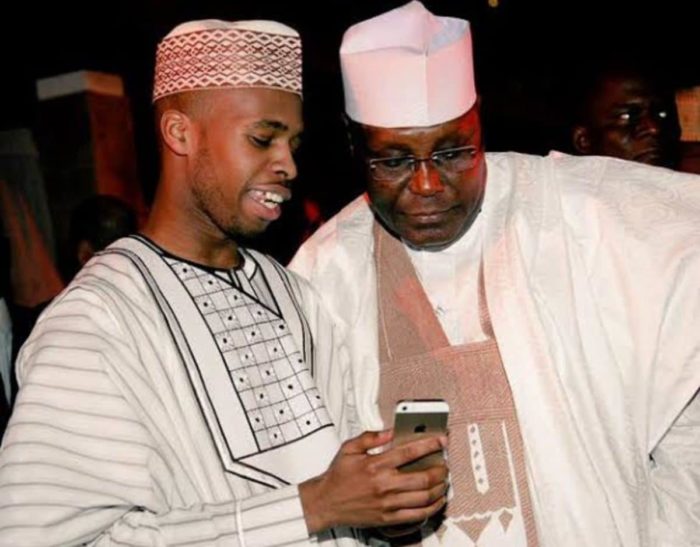 Atiku Abubakar and his son, Mustapha Abubakar
It was a hilarious outing on twitter as reaction trailed banter between former Vice President Atiku Abubakar and his son Mustapha Abubakar over the outcome of English Premiere League match between Chelsea vs Arsenal.
The match which saw Arsenal in a 1-0 lead at the end of the first 45 minutes eventually ended 2-1 in favour of Chelsea.
Atiku’s son Mustapha, who is apparently a Chelsea fan threw the first banter when he took to his handle @HHMustaphaAA to ask: Daddy, How market? and went on to tweet: ‘Market no be good for Daddy today.
Mustapha was responding to an earlier tweet by Atiku when he commended the first goal for Arsenal by Aubameyang.
The former Presidential candidate in his response tweeted: “Musty, in the words of Timaya, I can’t kill myself”.
The response which got over 14,000 likes and almost 5,000 retweets as at time of this report, also got a lot of reaction from Nigerian who decided to join the banter.
Some who tweeted teased Mustapha that he was not going to eat for one week, others jocularly called him out for disrespecting his old father while some other also joined the party to tease Atiku.
-NAN
See some of the reactions below: 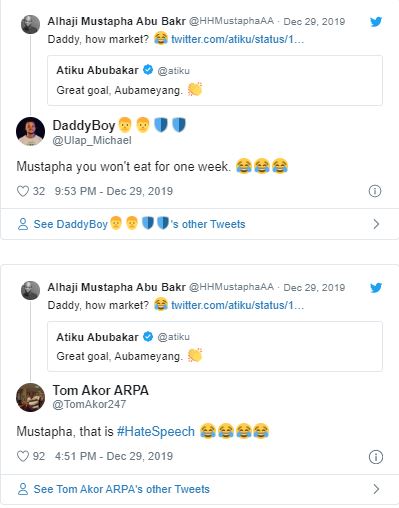 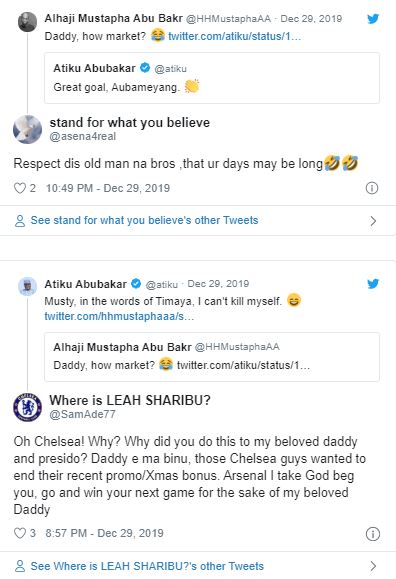 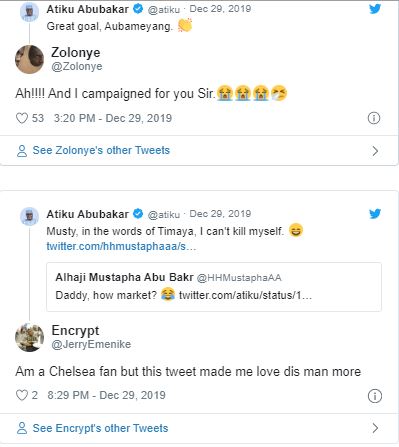 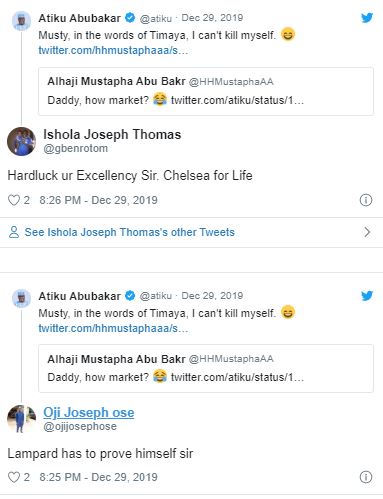 Posted by makarella at 1:11 PM