Some suspected internet fraudsters arrested by the EFCC have hidden their phones and hard drives inside a bag of rice. 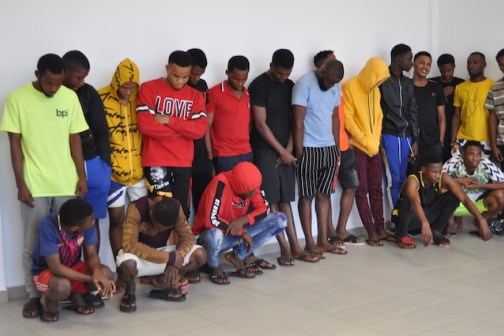 Suspected internet fraudsters caught in Owerri
Some of the 29 suspected fraudsters, along with a 16 year-old undergraduate arrested at three locations in Owerri today, tried to hide their computer hard-drives and phones inside a rice bag, the EFCC has revealed.
But the stunt was an exercise in futility.
The EFCC said all the exhibits were recovered through a diligent search of the room, where the group playing hide and seek with their tools, were captured.
According to Wilson Uwujaren, the EFCC spokesman, the suspects, who are believed to have used different pseudo names to defraud their unsuspecting victims, were arrested following intelligence and three days surveillance on their hideouts in Bishops Courts, Malo Lodge, Umuagu Mbieri and King David’s Suite in Owerri.
Five cars, Lexus RX 350, 2013 model, Lexus RX 330, 2009 model, Lexus ES 300, 2002 model, Toyota Corolla Sport and Toyota Camry were seized from them. Also seized were 15 laptops, phones and computer hard-drives.
The suspects have given useful information on their illicit activities and would be prosecuted upon conclusion of investigations, Uwujaren said. 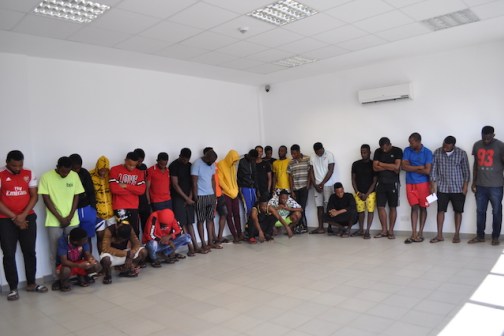 Posted by makarella at 4:15 PM