With 26 awards, Taylor Swift becomes the artist with the most #AMAs wins of all time, beating Michael Jackson 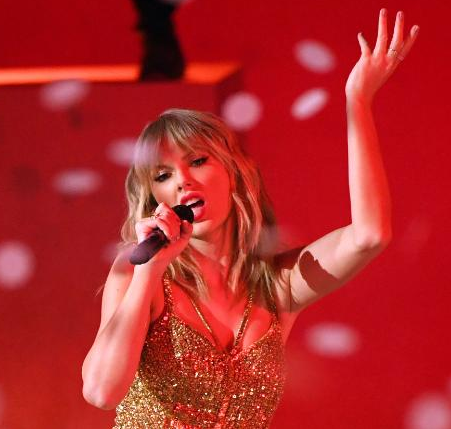 Taylor Swift delivered a powerful performance at the American Music Awards and made history by becoming the artist with the most wins of all time. Beating for record holder, Michael Jackson with 24 AMAs.

The singer performed a medley of her greatest hits in honor of being awarded Artist of the Decade and she kicked it off with "The Man" off her latest album, "Lover." "I'm so sick of running/As fast as I can/Wondering if I'd get there quicker/If I was a man/I'd be the man," Swift sang.

Swift won six awards total. She capped the night by winning artist of the year and made history as the performer with the most AMA career wins of all time with 26.

"The last year of my life has had some of the most amazing times and also some of the hardest things I've gone through. I wanted to thank you so much for being the thing that has been a constant in my life" Swift said in the final speech of the night.

Posted by makarella at 9:22 AM