Senator who sponsored 'Hate Speech' bill bows to pressure, says he will be expunging death penalty 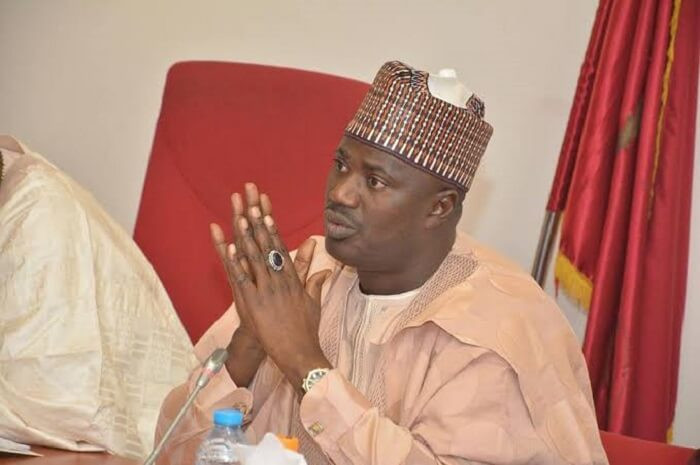 Senator Aliyu Sabi Abdullahi has made a U-turn on the hate speech Bill he is sponsoring following the controversy the death penalty the Bill proposes, ignited.

The Deputy Chief Whip of the Senate who said he will lead the debate for the second reading of the Bill titled: “National Commission for the Prohibition of Hate Speeches (Establishment, etc) Bill, 2019”, said it will be reviewed to reflect the views of Nigerians.

He insisted that hate speech has led to the death of many and is a major factor behind depression and suicide in Nigeria.

Abdullahi said: “We have followed closely arguments for and against the hate speech bill, and seen the reason why some kicked against it.
“Given the high respect which we have for Nigerians, we will make amendment to the death penalty aspect that most Nigerians objected to, so that a bill that meets their expectations is passed into law.
“Clearly from the conversations, Nigerians agree that we have a problem in the society today as a result of hate speech which has fueled so many killings and violence, and is responsible for cases of depression and suicides.”

Also making a clarification on his proposal for the establishment of an Independent National Commission for the Prohibition of Hate Speech, Senator Abdullahi stated that its members must not be members of the National Assembly or any government in authority at the Local, State or Federal Levels.

He added that the commission will have an executive chairperson, a secretary and twelve commissioners all appointed through rigorous process involving the National Council of State, the President and Commander-in-Chief of the Armed Forces of the Federal Republic of Nigeria and the National Assembly.

“The overall concern is to curb violence and unnecessary loss of lives and livelihoods of Nigerians due to hate-induced violence,” Abdullahi added.

The lawmaker also said that appointed members of the commission who belong to a political party or known to be affiliated with partisan politics, or has promoted sectional, ethnic, religious causes or openly advocated partisan ethnic positions or interest will be disqualified.
Posted by makarella at 9:28 AM