Florentino Perez has eyes on a Manchester City talisman and he will breaking the bank to secure his signature. 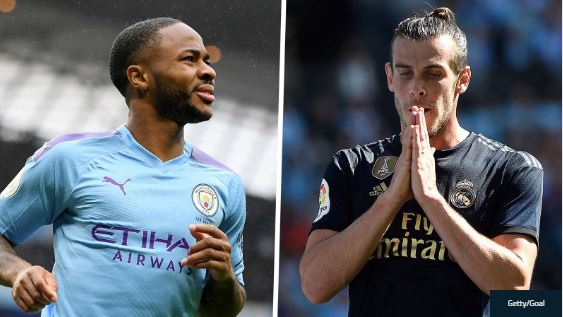 
The Blancos could launch a bid in January, with club president Florentino Perez aware the England star's value could increase exponentially over the next 12 months.

According to Marca, AC Milan are interested in bringing Zlatan Ibrahimovic back to San Siro in January.

The Swedish striker is expected to leave the United States upon the expiration of his contract with the La Galaxy.

Ibrahimovic, who helped Milan win Serie A in the 2010-11 season, hinted at a possible return to La Liga last week and has also been linked with a move to Napoli.

Chelsea are considering launching a bid for Lyon striker Moussa Dembele at the end of the season - according to the Daily Mail.

Manchester United are reportedly ready to swoop for the Frenchman in January, but the French club are expected to hold onto a prized asset until next summer.

Chelsea could enter the race for Dembele's signature when their transfer ban ends, with the 23-year-old viewed as a perfect back up option for Tammy Abraham.

Real Madrid are lining up a €130 million ($145m, £112m) bid for Liverpool winger Mohamed Salah next summer - according to Don Balon.

The Egyptian is willing to consider a move to Santiago Bernabeu, with the Blancos on the lookout for a replacement for Gareth Bale - who looks set to leave the club next year.

Salah has scored five Premier League goals in 10 appearances for Liverpool this season.

The 18-year-old France youth international joined the Gunners from Saint-Etienne for a fee of up to £27 million, before joining his former side on a season-long loan.

The central defender had been tipped to become a key cog in Unai Emery’s side from the 2020/21 season, but could seek an exit with the Spaniard’s future uncertain.
Posted by makarella at 9:00 PM