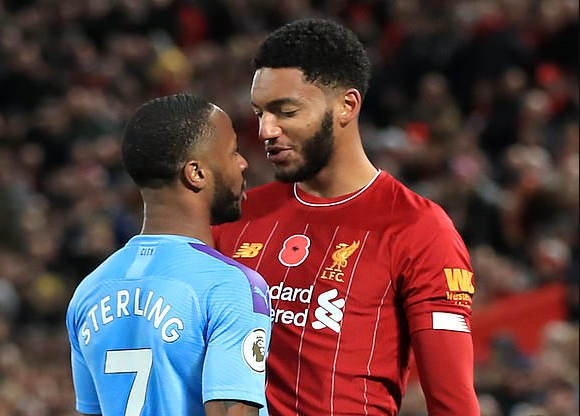 According to several reports, Sterling attempted to grab Gomez by the neck following his arrival in the players' canteen at St George's Park on Monday, just a day after the pair clashed during Liverpool's 3-1 win over Manchester City.

Witnesses said they heard him ask the Liverpool defender whether he was “still the big man.”

For Sterling's part in the bust-up, FA confirmed in a statement that Sterling is not going to play any part against Montenegro on Thursday. Although, the 24-year-old will remain with the squad.

'The FA can confirm Raheem Sterling will not be considered for Thursday's EURO 2020 qualifier against Montenegro as a result of a disturbance in a private team area at St. George's Park today,' a statement read. 'He will remain with the squad.'

Sterling is understood to have apologised to Gomez and the entire England squad after the altercation.

He also took address the bust-up with Joe Gomez: 'We are in a sport where emotions run high and I am man enough to admit when emotions got the better of me,' he posted. 'Both Joe and I have had words and figured things out and moved on.' 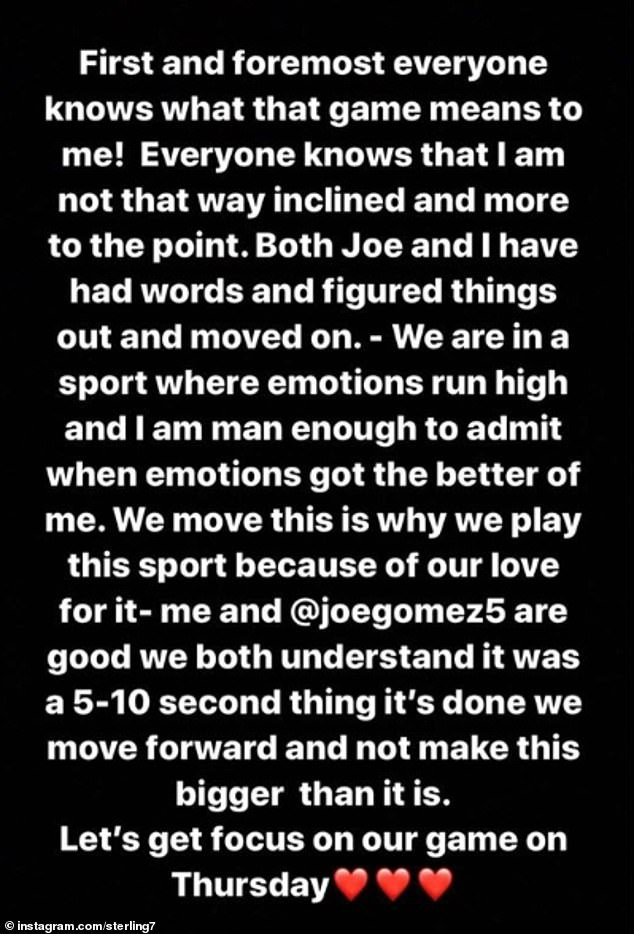