An angry mob has descended on a police officer who knocked down an old woman while chasing a suspected yahoo-boy. 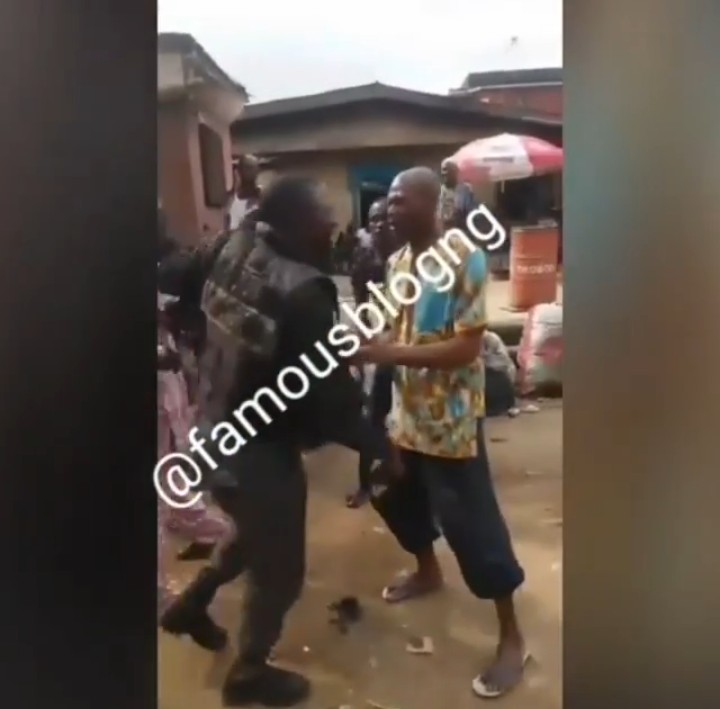 Police officer beaten in Lagos
A policeman has been seen begging for his life after a mob descended on him for allegedly knocking down an old woman, due to their reckless driving while chasing an alleged 'Yahoo boy' at ile-film junction, Oshodi, Lagos.

It was gathered that his colleagues fled after the incident and left him to the mercy of the mob who beat the hell out of him. He could only beg for his life while being attacked from all angles.
Watch video below:


Policeman seen begging for his life as mob descended on him after his colleagues fled, they allegedly knocked down an old woman, due to their reckless driving at ile-film junction, #oshodi, #Lagos.
A post shared by MORE JUICY NEWS B4 D LAST POST (@famousblogng) on Nov 7, 2019 at 11:09am PST