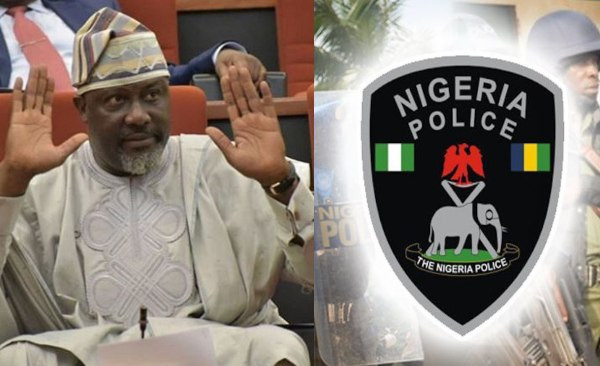 Senator Dino Melaye who will be contesting in the Kogi West Senatorial District election alongside Senator Smart Adeyemi of the All Progressives Congress (APC) on November 16, has alleged that the Nigerian police is plotting to plant arms in his house.

The PDP lawmaker who was sacked by the Court of Appeal weeks ago disclosed that he has cameras in his house at Aiyetoro community of Kogi State and hopes it will expose those trying to implicate him.

Dino Melaye tweeted "SAS Police leaving Lokoja now to go and plant arms in my house in Aiyetoro in other to implicate me. They are many of them. We have planted cameras every where. You will be exposed." 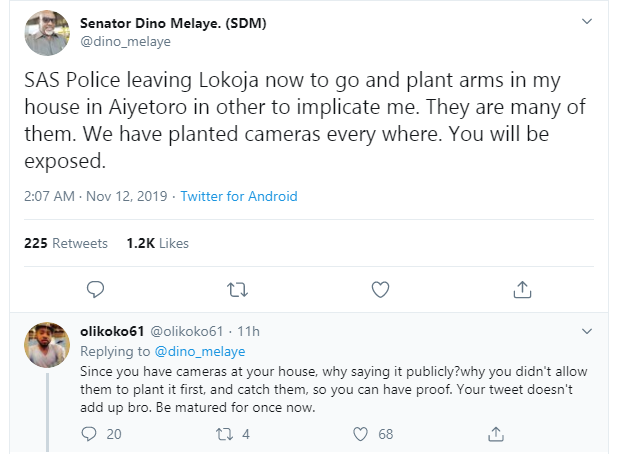 Posted by makarella at 8:38 PM